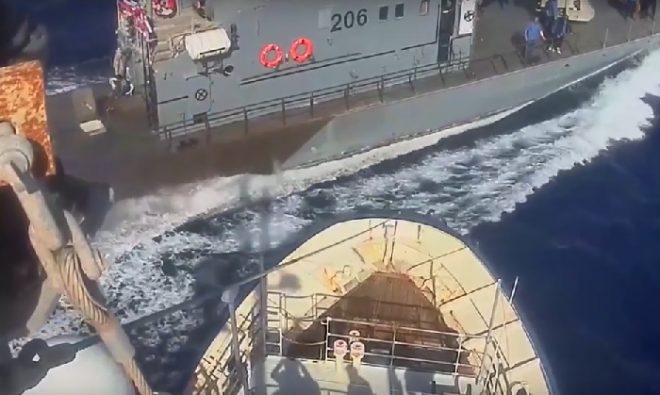 Libyan authorities picked up nearly 500 migrants, more than half of them from Morocco, in what they say were their territorial waters off the coast of Sabratha on Wednesday – but not without a challenge from the German NGO Sea Watch, whose own vessel tried to intervene so the migrants would not be returned to a Libya they say is too unsafe.

A spokesman for the Libyan navy confirmed the incident to AFP, and said the migrants were taken to Tripoli. African migrants from Tunisia, Egypt, Sudan, Chad, Mali and Nigeria also were on board, said Ayoub Qassem, who added that human traffickers who opened fire also endangered all parties. 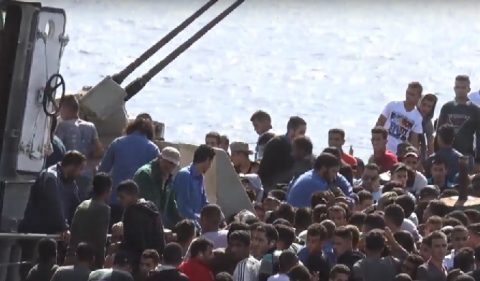 Yet Sea Watch, in a firmly worded statement, told a different story and said the Libyan vessel nearly crashed into their rescue boat in what they claimed was a violation of international repatriation law.

“Once again, the Libyan Navy has invaded dangerously in a rescue operation of Sea-Watch,” the organization said. “The unprofessional maneuver of a Libyan patrol vessel yesterday brought not only the Sea-Watch crew in danger, but also several hundred escapees, with whose rescue the Sea-Watch was busy.”

The organization disputes the claim that the refugee boat was in Libyan waters, and posted a video of the incident on the Sea Watch website. The NGO, launched in 2014 to act on behalf of migrants making the dangerous Mediterranean crossing, also reiterated its frustration with European Union policies.

“Such life-threatening situations are accumulating because the EU wants to clamp down on the Libyan navy to stop migration on the Mediterranean. This policy, which has already cost many lives, has to be ended urgently,” said Axel Grafmanns, the Sea Watch CEO, in a statement translated from the German original.

In April, the UN International Organization for Migration (IOM) said that Libya had become a “torture archipelago” for migrants. Earlier this week, the chief prosecutor for the International Criminal Court said The Hague was considering an investigation into human trafficking and other alleged crimes against migrants in Libya.

Between 7,000 and 8,000 migrants are held in Libyan detention centers, an official said Tuesday.