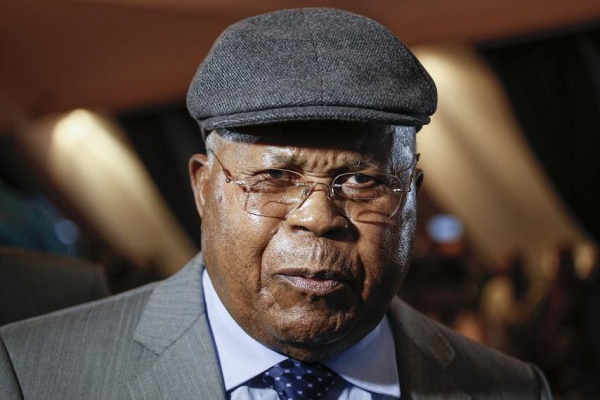 In Kinshasa, a dispute over funeral and burial arrangements for Etienne Tshisekedi, who died February 1 in Brussels, has again delayed the return of his remains to the Democratic Republic of Congo.

Tshisekedi’s body was to be repatriated on Friday, two months after the initial March 11 date was planned but then delayed by political maneuvering between President Joseph Kabila’s government and the Union for Democracy and Social Progress (UDPS) that Tshisekedi once led.

Those disputes included decisions about how Tshisekedi will be honored and where he will be buried. Ultimately, the wishes of the UDPS to have him buried at their party headquarters appeared to have prevailed, according to his son, Felix, who announced the new date from Brussels last week.

That agreement later unraveled, and no new date has been set.

The death of the elder Tshisekedi proved a setback in resolving the political crisis in the DR Congo. It came as the Rassemblement coalition pressured Kabila to begin implementation of a December 31 agreement, negotiated by CENCO, that created a power-sharing structure to move the nation forward in holding elections that have been postponed since December 2016.

Progress has stalled since Tshisekedi’s death and the internal UDPS divisions that followed. Kabila’s appointment of Bruno Tshibala to prime minister on April 7 further added to the conflict, as the selection process was viewed to be in violation of the December 31 agreement by many opposition politicians.

Kabila’s refusal to hold elections at the constitutionally mandated expiration of his second term sparked new waves of political violence among Congolese.