Home>Health>Four African cities chosen for Bloomberg #Cities4Health launch
By AT editor - 16 May 2017 at 10:04 pm 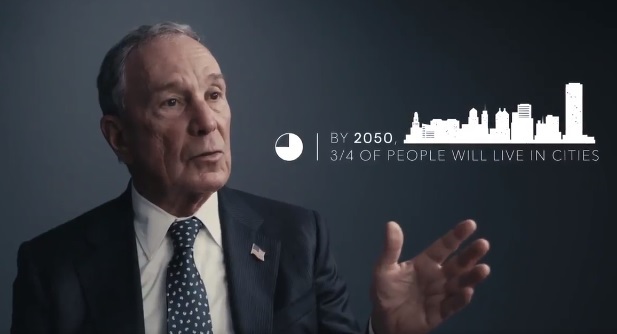 Global philanthropist Michael R. Bloomberg – long a champion of cities and sustainability – announced Tuesday the launch of the Partnership for Healthy Cities initiative.

Bloomberg, the former mayor of New York City and the World Health Organization (WHO) ambassador for noncommunicable diseases, revealed the list of the first 40 cities in a global network focused on reducing fatal illness, including cancer and heart disease, and accidents like road traffic crashes.

The latter is a priority for Mayor Diriba Kuma of Addis Ababa in Ethiopia.

“I am proud to join the efforts to build healthier cities by reducing road injuries,” the mayor said in a statement. “Dangerous behaviors like speeding and drunk driving are growing here, but road trauma is not inevitable. With improved road safety, pursued as part of the Partnership for Healthy Cities, we can prevent it – and for the sake of our city’s future, we must.”

Other participating cities in African countries include Accra, Cape Town and Kampala. They are eligible for seed grants totaling USD$5 million to target any one of 10 areas to improve public health in their cities, including tobacco and smoking prevention, improved imfrastructure to boost pedestrian safety, or healthy-food initiatives designed to curb obesity, diabetes and related conditions.

“The Partnership for Healthy Cities unites cities whose mayors are committed to healthier lives for their citizens and to leading the charge globally,” said Bloomberg, the author of Climate of Hope.

It’s especially critical as more people across the world live in cities, and have a chance for real impact on health and the urban environment.