Home>News>Ethiopian minister defends access refusal for UN human rights team
By AT editor - 17 May 2017 at 12:52 am 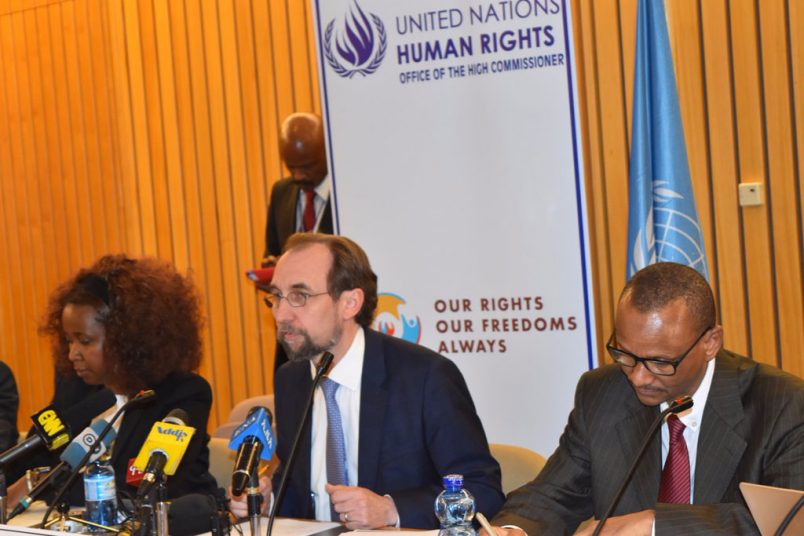 Negeri Lencho of Ethiopia, the country’s information minister, has defended the extended state of emergency in the East African nation and its refusal to allow United Nations officials access to investigate allegations of human rights abuses.

“It is the responsibility of the Ethiopian government because it is a democratic country, it is accountable to its people and what the government said was the government can’t do it,” he said of the UN request for access into the country. “That means there is an independent human rights commission.”

During a visit to Addis Ababa earlier this month, Zeid Ra’ad Al Hussein, the UN High Commissioner for Human Rights, again called for the Ethiopian government to allow access to human rights investigators.

“The extremely large number of arrests – over 26,000 – suggests it is unlikely rule of law guarantees have been observed in every case,” Zeid said. “I believe my staff ought to be given access to the affected areas, and I renew my request.”

Calls for the international community to launch an inquiry into the conduct of Ethiopian security forces, and allegations of enforced disappearances and torture, date to at least October 2016 in the immediate aftermath of the Irreecha festival deaths that led to the current state of emergency.

“The report shows that in some places the action taken was to restore peace and order, and was appropriate because of the way the direction took that was against the interests of the civilians as well,” the minister told al Jazeera.