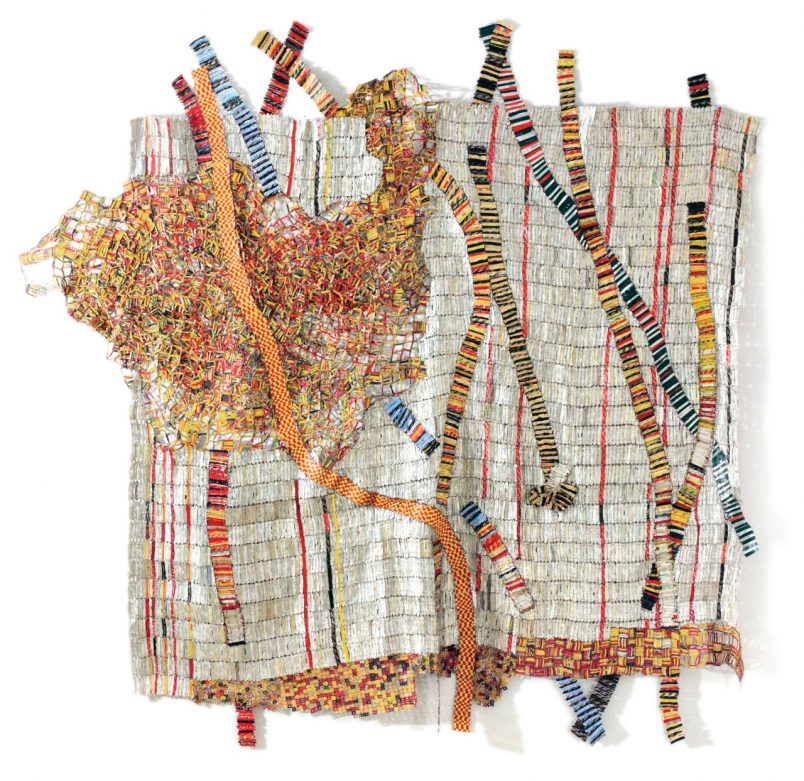 The work of acclaimed Ghanaian artist El Anatsui commanded the top price at this week’s Sotheby’s auction, the first modern and contemporary African art sale held by the London house.

“Earth Developing More Roots” sold for £728,750, or about USD$945,000, said Sotheby’s in a press release. The sculpture created in 2011 was made of recycled aluminium bottle caps and copper wire.

Anatsui, who divides his time between Ghana and Nigeria, often works in cast-off metals and materials. He is famous for creating sculptures and wall-presented installations that rely on liquor bottle caps, cassava graters and other simple materials.

“His work can interrogate the history of colonialism and draw connections between consumption, waste, and the environment, but at the core is his unique formal language that distinguishes his practice,” explains the Jack Shaiman Gallery in New York City, a home to Anatsui’s work since 2005.

Public collections in Europe are found at the British Museum in London, the Museum Kunstpalast in Germany and Centre Pompidou in Paris. They also are held at the Setagaya Museum in Japan, as well as prominent American museums like the Metropolitan Museum of Art.

Other artists participating in the Sotheby’s auction included Irma Stern, whose “Sunflowers” was sold for £416,750. António Ole of Angola, Pascale Marthine Tayou of Cameroon, Ouattara Watts of Cote d’Ivoire and Eddy Kamuanga Ilunga of Democratic Republic of Congo were among the artists, as was Virginia Chihota of Zimbabwe.

The auction reflects the growing interest in African art, which continues its market momentum, according to a recent Financial Times report.