Home>Commentary>Brak al-Shati forces new questions on what it will take to make the LPA work
By Laureen Fagan - 21 May 2017 at 11:45 pm 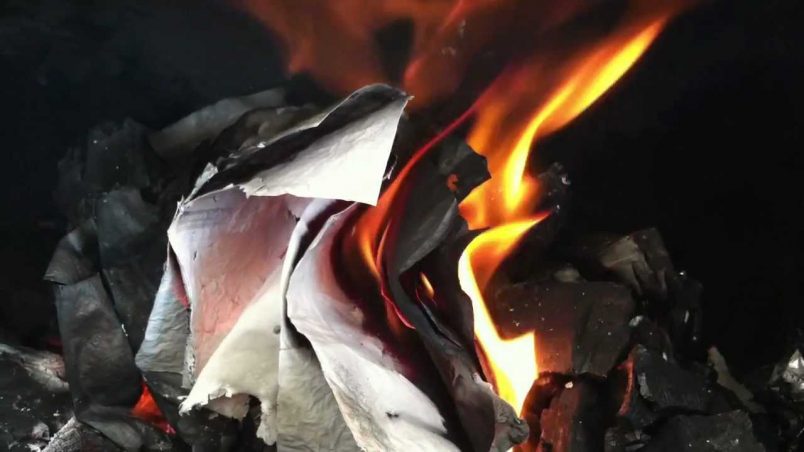 Six years ago on May 18, the last of the late Muammar Gaddafi’s forces were pushed out of the Libyan coastal city of Misrata, ending months of urban warfare amid a besieged populace that captured the world’s attention. The hundreds of rebel groups – with their shifting strategies and alliances – moved beyond the city to continue the battle for Libya’s future along the western frontline.

This week, on May 18, at least 141 people were killed at the Brak al-Shati airbase in south-central Libya, most of them fighters aligned with Khalifa Haftar’s Libyan National Army and the Tobruk-based powers in eastern Libya. The attack by Benghazi Defense Brigades and the 13th Battalion, formerly the Misrata Third Force, has been condemned by – among others – the Arab League, United Nations officials, and the Human Rights Watch organization, which warned Sunday that some reports suggest a war crime may have occurred.

The Haftar-friendly Egyptian government, fresh from both a Benghazi visit on Wednesday to honor the anniversary of his 2014 Operation Dignity launch and Haftar’s own meeting with President Abdel-Fattah El-Sisi in Cairo, called it a “brutal terrorist attack” by illegal groups who must be denied political status. A joint statement Saturday by envoys of China, France, Russia, the United Kingdom and the United States was more circumspect, calling the reports of summary executions disturbing and calling for justice.

“We condemn any efforts to change the situation on the ground in Libya by force, which only undermines recent political dialogue and prolongs the suffering of the Libyan people,” they said.

Fayez Al-Sarraj, head of the Presidency Council for Libya’s internationally recognized Government of National Accord (GNA), immediately distanced himself from the attack by the GNA-aligned forces – and not for the first time under similar circumstances. He has called for an investigation into the Brak al-Shati incident and suspended military commander Jamal Traiki and Defense Minister Mahdi Al-Barghathi until the GNA determines who is responsible for violating the ceasefire in what is a regional flashpoint.

Between the two battles – across years first marked by hopes for change, then the death of Gaddafi, the decimation of Benghazi, the rise and fall of Libya Dawn, the inroads for Islamic State and subsequent expulsion from Sirte, the clash over Oil Crescent control, the migrant crisis and the alarming reports of human trafficking – is a process that isn’t working. Appeals to amend the Libyan Political Agreement and reset the United Nations-brokered process have gone unheeded, but their urgency can no longer be ignored. Libya needs a fresh start at peace, even as reports of Haftar’s plans for retaliation are starting to surface.

Indeed, at least 10 LNA airstrikes viewed as retaliatory were reported Saturday night across Al-Jufra, and there are reports of three LNA brigades amassing for a Brak al-Shati counterattack.

Just three weeks ago, Sarraj and Haftar met face-to-face in Abu Dhabi, their first such meeting since January 2016. The truce in Libya’s south that exploded at Brak al-Shati was affirmed at that meeting, even if not much else was. The two leaders reportedly sought to bridge their differences over provisions of the 2015 Libyan Political Agreement that have never been embraced by Haftar and the eastern political powers of Tobruk and al-Bayda – or, for that matter, some western factions in Tripoli and defectors from the Presidential Council. Sarraj struggles to lead dramatically complex constituencies.

In many respects, the points of contention center on Haftar himself, and what role both the LNA and the anti-Islamist military leader can expect in a unified Libyan government under the UN-backed deal.

There appeared to be hope that change was on the horizon. Also on Thursday, just head of newly elected president Emmanuel Macron’s trip to Mali, France announced that it was reviewing its position on Libya and for the first time, envisioned a place for the LNA in a unified Libya’s fight against terrorism.

“Libya needs to build a national army under civilian control with the participation of all the forces that fight terrorism across the country, including those of General Haftar,” Foreign Ministry spokesman Romain Nadal told reporters. France has assisted Haftar’s base with counterterrorism efforts in the past. Egypt, the United Arab Emirates and Russia previously have supported the LNA and its stance against Libya’s Islamist militia groups, many of which are aligned with Tripoli and Sarraj.

Supporters of Sarraj cast a suspicious eye on Haftar’s engagement with regional leaders who they see as undermining Tripoli’s status and Western support, in part over the role of political Islam – yet the LNA claim that it is fighting Islamic extremism in Libya may have been reinforced by the Brak al-Shati attacks.

The LNA said it was fighting al-Qaeda at the airbase, and among the prisoners taken at Brak al-Shati are a Palestinian, two Malians and a Chadian, the Libya Herald reported Saturday. An LNA spokesman said 70 percent of the fighters allegedly with the 13th Brigade were foreigners either captured or killed. Some of the LNA soldiers were beheaded, some possibly burned alive, and most shot in the heart or head.

“We are convinced we are fighting al-Qaeda,” the spokesman said. Yet Haftar has long been accused of labeling opponents as terrorists and Islamic extremists, even as he is charged with using Sudanese rebels from Darfur or the Madkhali Salafist fighters from Saudi Arabia.

While Libya’s conflicts cannot be characterized as controlled by regional actors in a classic proxy sense, they are continuing to unfold — six years on — in a region that is readjusting to the new American administration’s priorities, changing signals in the Middle East peace process, and an evolving Europe. The Brak al-Shati attacks may serve as a jarring reminder that it’s time for a new approach in Libya too.

This one still isn’t working.