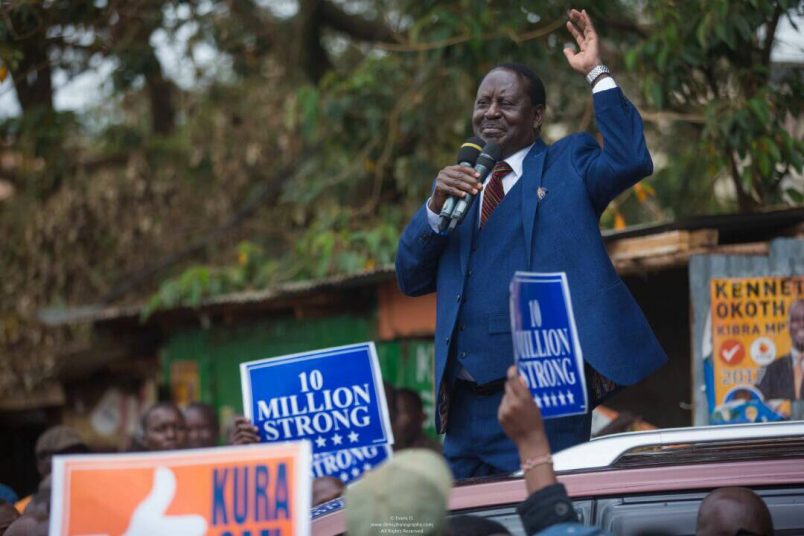 The controversy over Kenyan presidential candidate Raila Odinga’s trip to the United States and high-level meetings with American officials elicited a response Monday from Vanguard Africa, the nonprofit organization that facilitated the meetings.

The organization, which says it works to support pro-democracy candidates, and fair and transparent electoral processes in African nations, confirmed they had assisted Odinga in his plans.

“Vanguard Africa supported the winning opposition coalition in the Gambia, ultimately headed by now President Adama Barrow, and we feel that this model of success can be replicated in Kenya,” the organization said in a disclosure letter filed in compliance with U.S. law on lobbying work done on behalf of foreign governments or politicians. Vanguard Africa also has been involved in political and human rights affairs in Swaziland, and the organization developed a working relationship with an aspiring politician in Somalia.

In subsequent weeks, accusations about the role of Vanguard Africa and its executive director, Jeffrey Smith, escalated as the run-up to Kenya’s August elections becomes a bitter and, of late, increasingly violent contest. Questions over foreign campaign support have dominated headlines, including Kenyatta’s decision to retain a British analytics and campaign strategy firm.

In May, documents circulating on social media referred to campaign cash and appeared to involve the U.S. Institute of Peace, which said they were fake. Ultimately, Smith and Vanguard Africa issued a clarification.

“We will not respond to, or otherwise be distracted by, every false allegation that is printed, but we believe it is important to establish several baseline facts about our support to date,” the American organization said. “Vanguard Africa has never received money from, nor dispersed money to, Mr. Odinga or his political party. Any correspondence circulating on our letterhead, not disclosed in our original filing with the U.S. Department of Justice, are fabrications and the claims made therein patently false.”

Vanguard Africa will continue “spotlighting the mounting calls for free, fair, and transparent elections throughout Africa, as well as in Kenya,” the organization said.