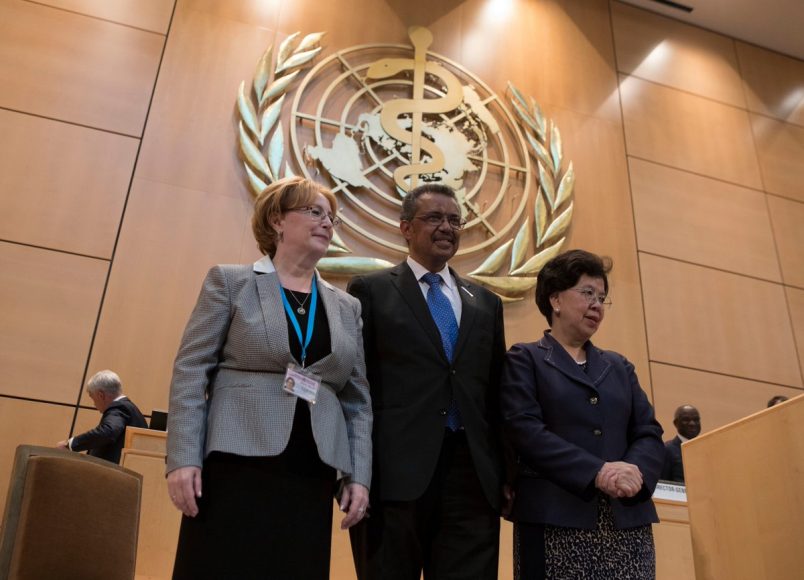 Ethiopia’s Tedros Adhanom Ghebreyesus has become the new director general of the World Health Organization (WHO) following Tuesday’s vote at the WHO Assembly in Geneva, Switzerland.

Tedros, the first African ever to hold the DG position, will begin his five-year term on July 1; he replaces outgoing WHO DG Dr. Margaret Chan. The announcement was met with a robust show of applause and cheering from the assembly, and congratulations immediately began to pour in from global health organizations and governments.

Tedros is a specialist in malaria and other disease who holds a PhD in community health from the University of Nottingham in the United Kingdom, and served as Ethiopia’s health minister from 2005 to 2012 before becoming Minister of Foreign Affairs in 2012. He served in the latter position until 2016.

The African Union endorsed his candidacy more than a year ago, and he was the preferred candidate of many African nations including the Togolese government and Democratic Republic of Congo, as well as other global organizations and leaders advocating for the choice of an African in WHO leadership.

WHO members participated in an election process that was changed following criticisms of the organization, including its management of the Ebola crisis in 2014. In the past, the executive board had presented a preferred candidate for a vote; this time, WHO conducted a broader selection process before each of the 190 member nations cast its vote.

In addition to Tedros, the finalists included Dr. Sania Nishtar of Pakistan and Dr. David Nabarro of Britain.