Home>News>WHO update: Suspected Ebola cases reach five sites in DR Congo province
By AT editor - 23 May 2017 at 4:16 am 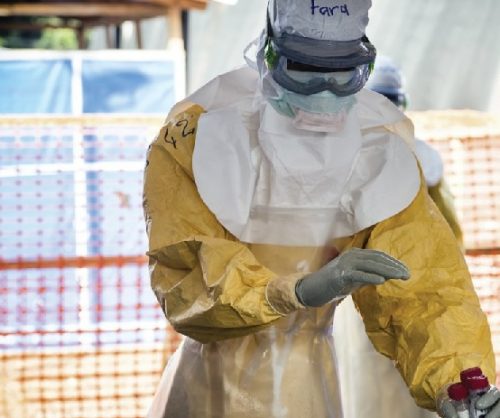 The World Health Organization (WHO) says there are now 37 suspected cases of Ebola virus disease in the Democratic Republic of Congo, while another person has died, bringing the total number of fatalities to four.

The latest updated situation report says that new suspected cases were reported in Ngayi for a total of 10, including one death. There is an additional case in Azande, bringing that total now to three. There are 24 cases from Nambwa, including three of the fatalities, and four cases in Mouma. Among the new cases are two in Ngabatala.

The communities are in the Likati region of Bas Uele Province, in the extreme north of the country, at the border with the Central African Republic and not far from South Sudan. WHO officials say that so far, the outbreak remains confined to the region.

None of the cases are among health workers, WHO said. More than 350 people are being monitored because they are close contacts of the sick.

The investigation into the Ebola outbreak began with a 39-year-old man whose fatal symptoms first appeared on April 22, and two of his contacts. One was a moto-taxi driver who took the man to a health care facility who has since died, and the other is a caregiver who took care of the patient during the transport to the facility. The second person also had symptoms, WHO said in a statement last week.

A Kinshasa laboratory has confirmed Zaire ebolavirus in the original cases, WHO said, acknowledging their continued support for the DR Congo Ministry of Public Health. A mobile lab is now set up to test blood samples in Likati, along with response teams and supplies that are in place.

A treatment center has opened and admitted five patients, according to the medical NGO Alliance for International Medical Action (ALIMA), which is jointly operating the facility with Medecins Sans Frontieres.

“The population lives in a remote area where access to health care is extremely limited,” said ALIMA. “We are doing all we can to avoid the spread of the disease.”

WHO said this is the first Ebola outbreak in DR Congo since 2014, in which 49 people died in Boende.