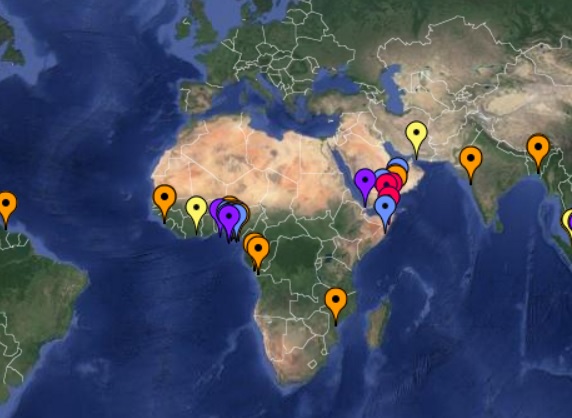 The Gulf of Guinea remains the world’s hotspot for crew kidnappings, according to a May report on maritime piracy from the commercial crime division of the International Chamber of Commerce.

The report, which looks at the global 2017 Q1 data on piracy, found that 63 percent of the cases of mariners kidnapped for ransom across the world were in the gulf, primarily in waters off of Nigeria. There were 17 crew members taken by force from their vessels in three separate incidents, it said.

“All three vessels – a general cargo ship, a tanker and a bulk carrier – were attacked while underway 30-60 nautical miles off the Bayelsa coast,” the authors said. “Three more ships were fired upon at up to 110 nautical miles from land, and many other attacks are believed to go unreported.”

Incidents have occurred off the coast of Brass, Bonny Island and Port Harcourt in Nigeria. Last week, six crew members on a general cargo vessel that was underway were kidnapped just 20 nautical miles from the shore, the UK Chamber of Shipping said. The Nigerian navy is investigating that case.

The ICC International Maritime Bureau is urging vessels to report incidents so that the full scope of the problem is visible and can be better addressed. “IMB has worked closely with the response agencies in the region including the Nigerian Navy which has provided valuable support, but more needs to be done to crack down on the area’s armed gangs,” said Pottengal Mukundan, the IMB director.

The organization also is urging caution in waters near Somalia, which has seen renewed attacks in recent months. All told, there were 43 attacks in 16 countries, the report said.