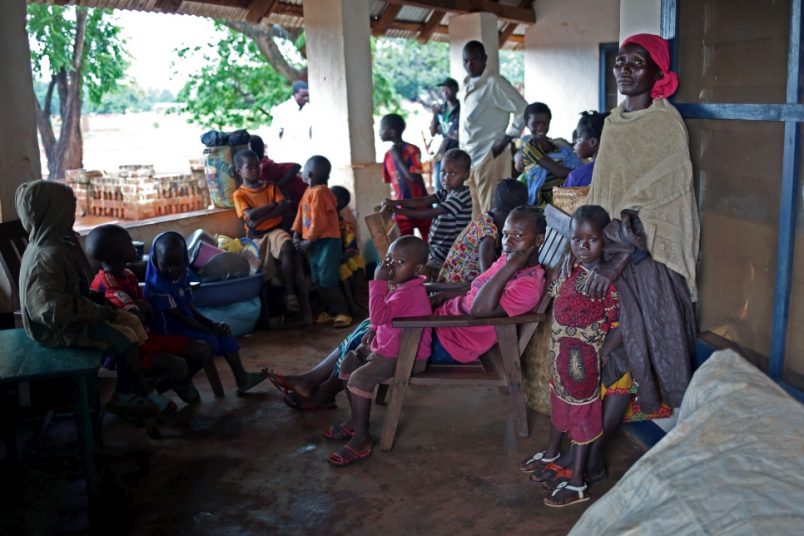 Renewed fighting in May between rebel forces in the Central African Republic (CAR) has forced another 88,000 people from their homes, the United Nations refugee agency said Tuesday.

The growing number of refugees includes more than 20,000 people who have fled into the Democratic Republic of Congo, many of them into the northeastern Bas Uele and Ubangi border provinces, the UN High Commissioner for Refugees said during an appeal for more funding to meet the growing crisis. The USD$209.2 million needed for aid in the CAR is just 6 percent funded, the organization said.

UNHCR officials are notably concerned about asylum seekers near the small river town of Ndu, where some people arrived with injuries requiring treatment. The DR Congo area is too remote by road for UNHCR to readily deliver humanitarian assistance, which is restricted throughout the region because of security challenges.

Babar Baloch, a UNHCR spokesman, said the rebel presence and rumors of attacks along the border also are forcing people to flee within the Haute Kotto and Mbomou prefectures of the CAR. The UN’s International Organization for Migration (IOM) has tracked more than 19,000 internally displaced people in the Bangassou region of the Mbomou prefecture, including 13,000 children among them.

“More than 80 per cent of the displaced persons are living with host communities and not in camps,” said Yoko Fujimura, IOM’s expert on displacement tracking. “Host families are sharing the little that they have with displaced people and therefore should also be supported to avoid tensions over limited resources.”

As of May 2017, there are 503,600 internally displaced persons nationwide, a figure that had not been reached since August 2014, the organizations said. The numbers include more than 40,000 from Bria alone in recent weeks.