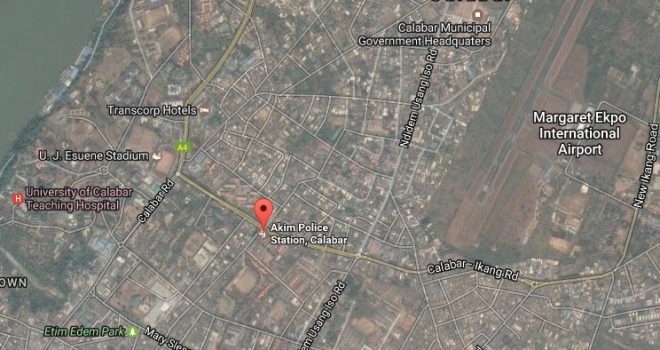 Witnesses in Nigeria said they were still hearing sporadic gunfire after midnight Wednesday as a troubling dispute between police officers in the southern port city of Calabar, and what are believed to be Nigerian Navy officials who got into a traffic altercation with them, escalated into violence.

At least three people are dead and casualties are expected to mount, while a Calabar police station was torched, according to Nigerian news outlets who were still following developments in the story.

It appeared that one police traffic officer and Nigerian Navy members got into an argument after an incident near the city stadium in late afternoon. Witnesses speaking to Nigerian news and in social media messages said the military personnel were physically attacking the officer, who had called for backup.

As more police arrived from the nearby station – along with more naval staff – the brawl grew until the two sides had taken over and shut down the road near the airport. Witnesses said gunfire was heard until the clash ended following the intervention of both the Nigerian Navy and police forces administration. But a few hours later, the navy personnel showed up at police headquarters, resumed the shooting and set the building on fire.

A witness speaking to Premium Times added that the naval officers also were accused of blocking firefighters from putting out the flames at the police station.

This is a developing story that @_AfricaTimes will update as information becomes available.