Home>News>Zeid focuses on Burundi, DRC in remarks to UN Human Rights Council
By AT editor - 7 June 2017 at 4:56 am 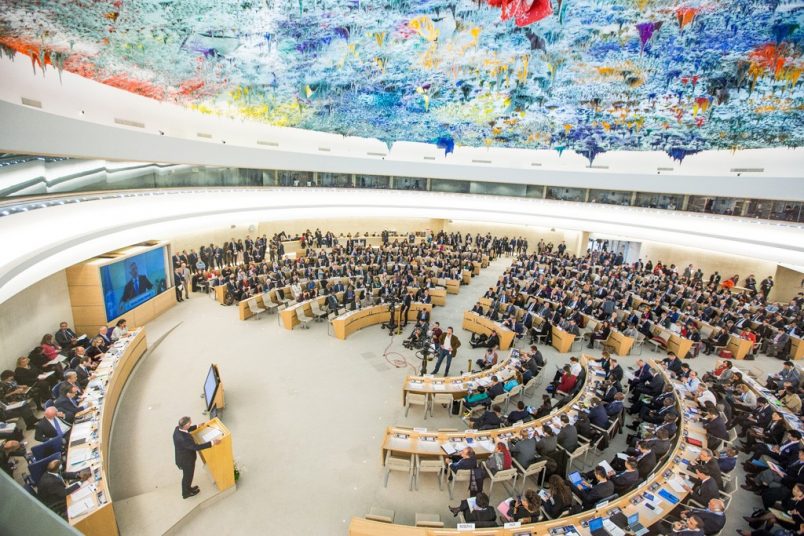 The African nations of Burundi and Democratic Republic of Congo were top of mind Tuesday during an address by United Nations (UN) human rights head Zeid Ra’ad Al Hussein to the UN Human Rights Council in Geneva.

Zeid said that amid the world’s escalating crises and the suffering rooted in discrimination, deprivation and injustice, it is the concern of all nations when human rights are denied within any one member country, whether their leaders choose to acknowledge that or not.

“I strongly contest the self-serving argument presented by some, that this Council should avoid addressing country situations – a view which is usually voiced by leaders of States that feature few independent institutions, and which sharply curtail fundamental freedoms,” he stated.

Burundi, for example, was elected to the Human Rights Council in 2015, yet “continues to commit some of the most serious human rights violation dealt with by this Council” and has suspended all cooperation with the Office of the High Commissioner (OHCHR),” he said. “In September the Council’s independent mission was declared persona non grata, and the current Commission of Inquiry has not been able to enter the country.”

The situation in the Kasai provinces of the Democratic Republic of the Congo continues to deteriorate, spreading to other provinces and across the border with Angola, Zeid said. He plans to send a team to the region next week to meet with people fleeing the attacks.

Zeid added that unless he receives a response concerning a joint investigation from DR Congo by Thursday, he plans to “insist on the creation of an international investigative mechanism for the Kasais.”