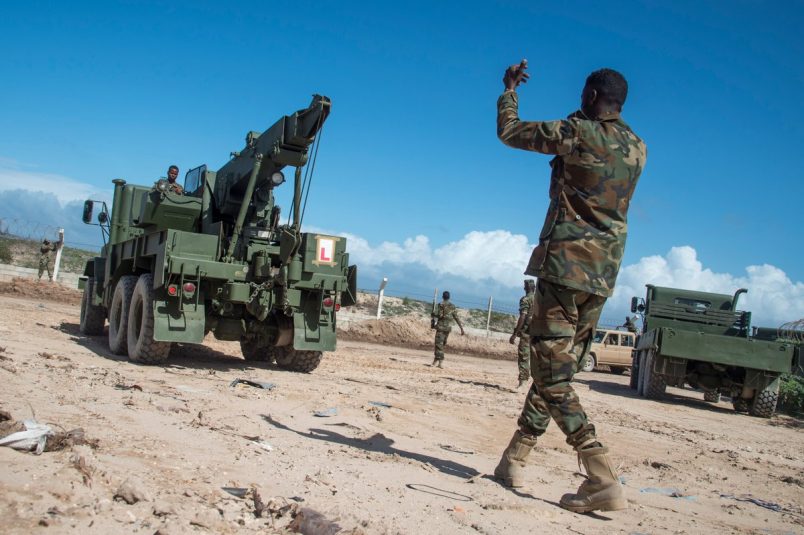 United States military officials say eight al-Shabaab militants have been killed in an American airstrike in southern Somalia over the weekend.

That strike occurred early Sunday morning at an al-Shabaab training camp near Sakow, in the country’s Middle Juba region, according to a statement issued by Somali President Mohamed Abdullahi Farmajo. That’s about 300 kilometers southwest of Mogadishu.

Farmajo said he authorized Somali special forces to jointly conduct the strike, which destroyed a key command and supply hub. “I said when I took office that security will be top priority for my administration,” Farmajo said.

The president then alluded to future strikes with the assurance that Somalia and its partners will “take every possible precaution to protect our civilian population from harm during these operations while targeting terrorists.”

American officials confirmed that U.S. forces, acting with the Government of Somalia, conducted the precision airstrike in alignment with new and broader authorities approved by President Donald Trump in March. That expansion of America’s role allows for military action “against al-Shabaab within a geographically-defined area of active hostilities in support of partner force in Somalia.”

AFRICOM also noted that in recent months, three African Union Mission in Somalia (AMISOM) bases have been attacked by al Shabaab fighters, who have seized weapons and supplies from the bases operated by forces from Burundi, Uganda and Kenya.

“The terror organization has taken advantage of safe haven,” the AFRICOM statement said. “The group has cemented its control southern and central Somalia, they have used this area to plot and direct terror attacks, steal humanitarian aid, and to shelter other radical terrorists.”