Home>News>Central Africa envoy urges UNSC to stay focused on LRA rebel threat
By AT editor - 14 June 2017 at 5:32 am 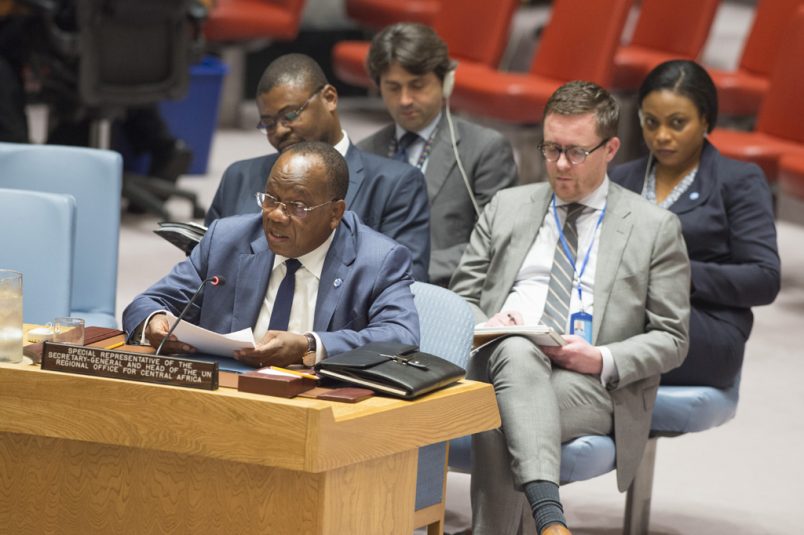 The United Nations (UN) envoy for the Central Africa region warned the UN Security Council on Tuesday not to underestimate the continued threat of the Lord’s Resistance Army (LRA), particularly as troop withdrawals create space for potential further instability.

François Loucény Fall, the Special Representative and head of the UN Regional Office for Central Africa (UNOCA), said that the departure of Ugandan and South Sudanese forces from the African Union’s (AU) Regional Task Force – along with that of United States special forces – underscored the need to remain vigilant.

“Collectively, there is a need to remain focused on efforts aimed at the total eradication of the LRA,” Fall said, according to the UN report. He expressed his concern that Central African Republic (CAR) national security forces still need training and organizational reform, while MINUSCA does not have a mandate for anti-LRA military operations.

An AU report released in May found that the LRA “has not yet been eliminated and still maintains the potential to rejuvenate itself,” particularly if the security vacuum Fall described is not filled. That’s despite other analyses that suggest LRA leader Joseph Kony no longer poses a threat, and his rebel forces have dwindled to an essentially irrelevant number.

Fall’s remarks came during a semiannual briefing that also included concerns over electorally driven political tensions in countries including Gabon and DR Congo.