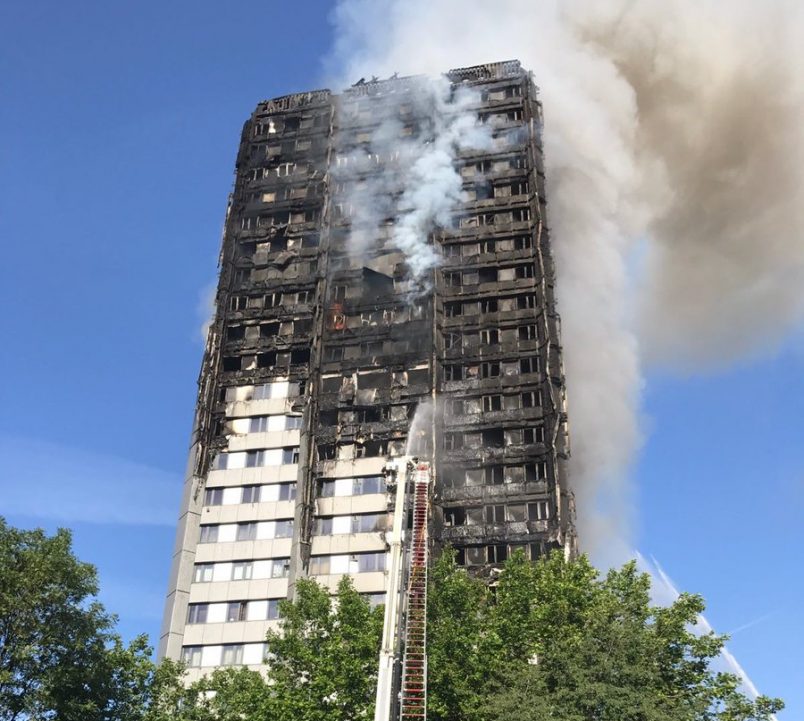 The death toll in London’s Grenfell Tower blaze now stands at 30, with authorities warning that the fatalities are likely to rise and it is unlikely that any more survivors will be found. A number of the victims are believed to be of African descent, in a part of the city that his home to large Moroccan and Somali populations.

Another 12 people have been critically injured in the massive fire that swept through the 24-story residential tower, with 24 people all told still in hospital for treatment. The London Fire Brigade said that all floors were affected in the fire that began shortly before 1 a.m. Wednesday, with a total of 78 people needing medical attention.

“It is very hard to find the words to express how those families affected must be feeling, and it is our job to work tirelessly to provide them with the answers they so richly deserve,” said Commander Stuart Cundy of the Metropolitan Police Service. “This is a deeply distressing time and my thoughts remain with all those whose lives have been changed by this tragic incident.

“A priority of each and every one of us involved in the ongoing operation at Grenfell Towers is to recover and identify all the victims.”

Friends and family have been frantically searching for the missing, posting their images and contact information on social media sites including Facebook and Twitter. Cundy warned in an earlier statement that it will be a lengthy process to locate and identify all of the victims.

Witnesses said they watched people jumping from the building, tossing their children down for people below to catch, or sharing images and video livestreamed from within the apartments they were trapped in.

The Grenfell Tower has 120 housing units, and is believed to be home to between 400 and 600 people.

Fire officials say they have not yet determined the cause of the blaze, although multiple media outlets have reported an eyewitness who said a fourth-floor neighbor was frantic after the refrigerator exploded. There is nothing to suggest that the blaze was started intentionally, according to their initial reports, the police said.

British officials have promised a full investigation into the fire, which occurred in a building with a history of complaints and concerns over the fire risk.