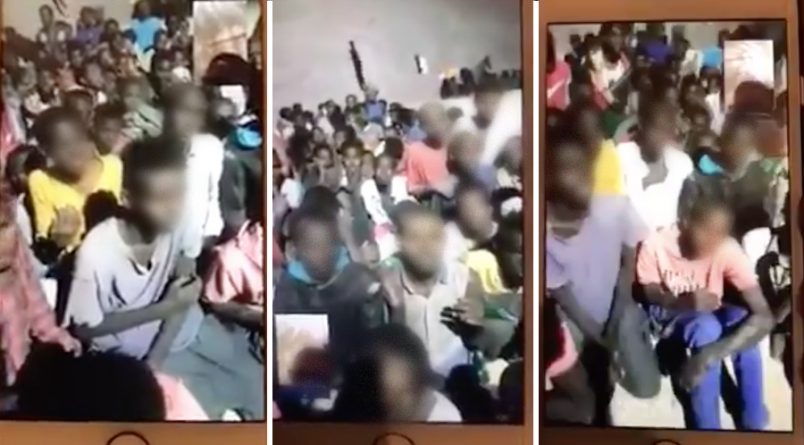 Social media images of trapped migrants in Libya are being used to extort ransom from their family and friends, the International Organization for Migration (IOM) said Thursday.

The United Nations Migration Agency described a video recorded by a Somali journalist and posted to Facebook on June 9 that showed some 260 Somali and Ethiopian migrants held captive by smugglers or criminal gangs. They described abuses that are being recorded, with video clips sent to friends and family members demanding that they pay ransom to make the beatings and near-starvation stop.

“Seeing a Facebook video of innocent migrants and refugees who have been abused and tortured is deeply concerning. IOM condemns the way that criminal gangs use social media in their shocking abuse of people held against their will and to extort money from their families back home,” said Mohammed Abdiker, IOM Director of Operations and Emergencies, in the statement.

“This is a global problem where a smuggler or a criminal gang can easily use digital platforms to advertise their services, entice vulnerable people on the move and then exploit them and their families.”

Abdiker added that it was “high time that social media and tech companies recognize the extreme harm that is occurring because of their failure to monitor and react to situations of grave human rights abuses.”

Migrants from the Horn of Africa entering Libya are frequently abducted in the Raybana area after crossing from Sudan, the IOM said. The United Nations High Commissioner for Refugees also condemned the cruelty depicted in the video and called on Libyan authorities to assist in securing their immediate release.

IOM did not release the video in order to protect the migrant victims from retaliation.