Home>Articles>Eritrea claims it's still in the dark on Qatar troop pullout; AU urges calm restraint
By AT editor - 17 June 2017 at 9:32 pm 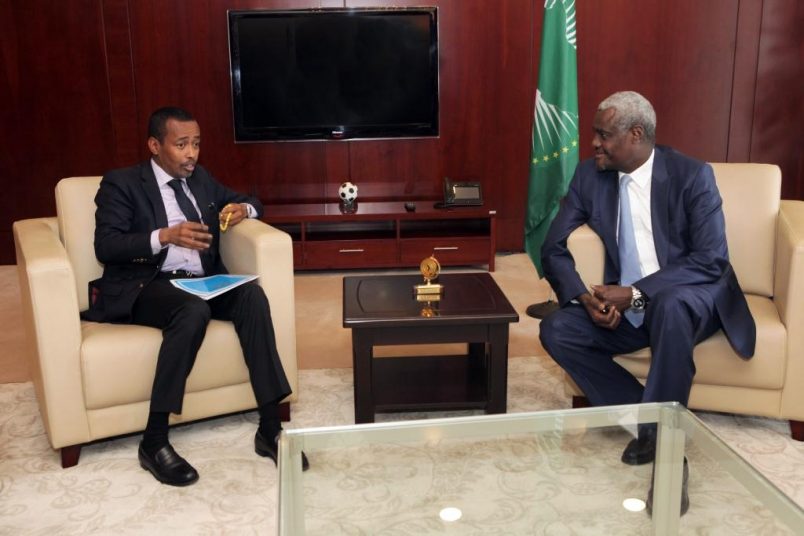 The Government of Eritrea issued a statement Saturday that acknowledges Qatar’s decision to remove peacekeeping troops from the region, a move that has led to escalating tensions along its border with Djibouti, but suggests it has no information about why.

Asmara’s statement said that the small, historically repressive Horn of Africa nation has not received any direct explanation from Qatar about its troop withdrawal during what Eritrea calls these “times of rapid and fluid developments” in the region. The withdrawal of some 450 troops sparked complaints from Djibouti that Eritrean forces had stepped into the breach and were amassing along the long-disputed border.

“The Government of Eritrea believes that the hasty decision taken by Qatar has occurred against the backdrop of a turbulent climate,” the statement added. “It does not, thus, see it appropriate to engage in speculative analysis at this stage.”

Eritrea cut its ties with Qatar earlier this week, becoming the latest African nation to do so. Djibouti “downgraded” its diplomatic relations with Qatar more than a week ago, amid the wider Arabian Gulf dispute over Qatar’s support of terrorism initiated by Bahrain, Saudi Arabia and United Arab Emirates.

Djibouti’s foreign minister told Reuters Friday that his nation had filed complaints with both the United Nations and African Union (AU). The United Nations Security Council plans to discuss the matter on Monday.

The AU also issued a statement Saturday, appealing for restraint from both nations and promising AU engagement in seeking to resolve the matter peacefully.

“The AU Commission, in close consultations with the authorities in Djibouti and Eritrea, is in the process of deploying a fact-finding mission to the Djibouti-Eritrea border,” the statement said.

AU Commission Chairman Moussa Faki Mahamat met on Friday with Mohamed Idris Farah, Djibouti’s representative to the AU, to discuss the Qatari troop pullout and a delegation to monitor developments at the border.