Home>News>Gabon politician arrested for bomb threats ahead of ICC inquiry
By AT editor - 17 June 2017 at 4:56 pm 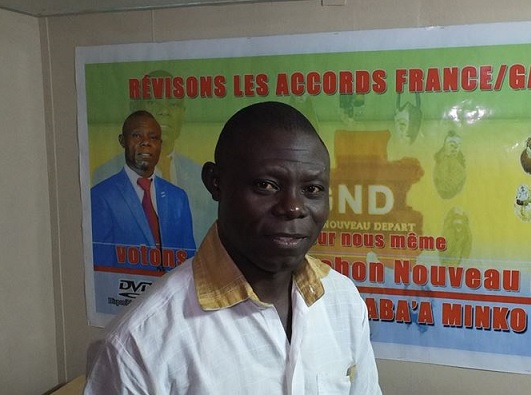 A former presidential candidate in Gabon was arrested Friday after leading a group of armed opposition members who took over television broadcast stations in Libreville, demanding that they broadcast a message calling for President Ali Bongo to step down within 72 hours and make way for opposition coalition leader Jean Ping.

Roland Désiré Aba’a Minko, who ultimately supported candidate Jean Ping in the contentious and violent 2016 election cycle, was taken into custody at the European Union headquarters after making a bomb threat there as well, according to Radio France Internationale.

Aba’a Minko and his group, armed with pistols and carrying fake bombs and bags with machetes, also threatened government buildings in Gabon. The main opposition party headquarters also was attacked on Wednesday night, local news outlets said, although it was unclear if there was any association.

There were no reports of any injuries in any of the incidents.

Ping has steadfastly refused to accept Bongo’s electoral victory but denied having any connection with the Aba’a Minko incidents. Yet as recently as two weeks ago, Ping still declared himself the true president of Gabon; he has refused to cooperate in a Bongo-led national dialogue following last year’s electoral violence, and asked the international community to intervene.

A team from the International Criminal Court is expected in Gabon next week, according to AFP. They will begin an investigation into the electoral violence of 2016.

A copy of Aba’a Minko’s message obtained by media is available here.