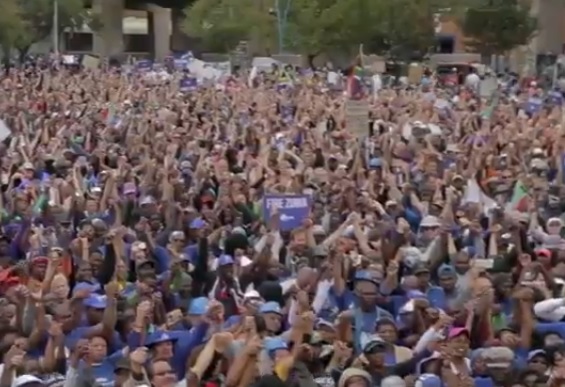 South Africa’s main opposition party is pushing back at parliament’s directive that select committees be responsible for “urgently probing” allegations of corruption and state capture, rather than establishing an inclusive ad hoc process that reflects the political will of 12 different parties and not just the African National Congress (ANC) majority.

The Democratic Alliance (DA) statement issued Tuesday follows the release of recommendations issued by Public Protector Busisiwe Mkhwebane, whose office completed last year’s “State of Capture” report. The report looked into the dealings of the powerful Gupta business family and their relationships with President Jacob Zuma, other elected officials and members of South Africa’s business community.

That inquiry was sparked in part by complaints lodged by DA leadership and others in March 2016. It has been followed by additional revelations in the “Guptaleaks” emails released to the public last month, which has amplified the ongoing calls for Zuma’s removal and systemic reforms.

“The investigation into state capture cannot be narrowly reduced to those four portfolios and cannot be effectively carried out by ‘engaging’ the concerned Ministers as several ministers are at the heart of the state capture allegations,” the DA said, referring to instructions they say put the relevant parliamentary committees and corresponding South African ministries in place to essentially investigate themselves.

“Indeed, this proposed course of action conveniently side-steps the most prominent member of the Executive, President Jacob Zuma, whose relationship with the Gupta family is the very nexus of the state capture allegations,” the DA added.