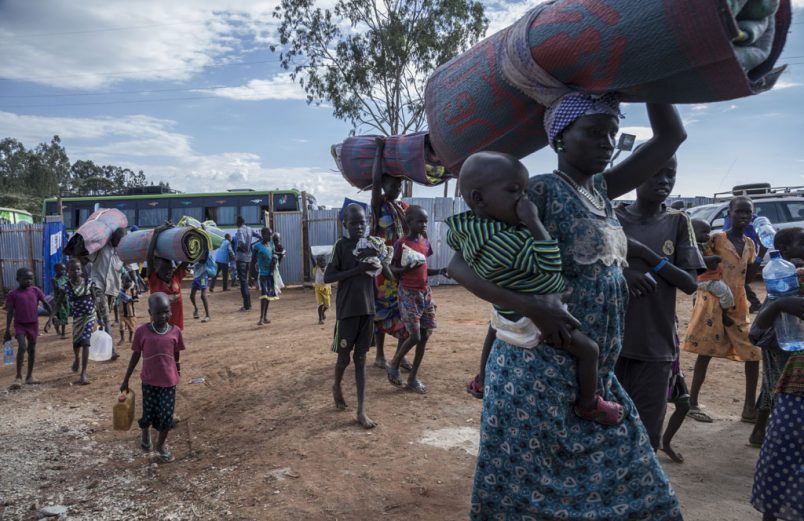 The crisis in South Sudan is driving what is now the fastest-growing refugee population, with some 1.4 million people forced to flee the country, the United Nations Refugee Agency said in an annual report released Monday.

In South Sudan, an additional 1.9 million people are living as internally displaced persons (IDPs). “The war in South Sudan led to a rapid outflow of refugees and many new IDP displacements, accelerating in the second half of the year,” the report said, adding that “overall, the refugee population from South Sudan grew by 85 per cent during the year.”

The Global Trends Report 2017 from the UN High Commissioner for Refugees counted them among the 65.6 million people who were forcibly displaced in 2016, the highest number recorded in a history of the UNHCR that spans seven decades. About a third of them in the global total have crossed international borders in search of safety from war, violence and persecution, the agency report said. They include significant numbers from Burundi, Eritrea and Nigeria.

Other African countries among the Top 10 supporting IDP populations in 2016 are Democratic Republic of Congo, with the largest group of newly displaced persons at 1.3 million, along with Sudan and Nigeria. Somalia continued to have an IDP population of more than 1 million people, while Libya has 630,000 people displaced by the protracted political and security crisis.

Among countries hosting cross-border refugee populations, Uganda and Ethiopia have a combined total of more than 1.7 million people seeking asylum, with Uganda reporting the most new arrivals. African host countries with sizeable populations also included Kenya and Democratic Republic of Congo, which has served as a refuge for those fleeing Rwanda and the Central African Republic.