Home>News>UN Security Council: G5 Sahel counterterrorism force to move forward
By AT editor - 22 June 2017 at 4:56 am 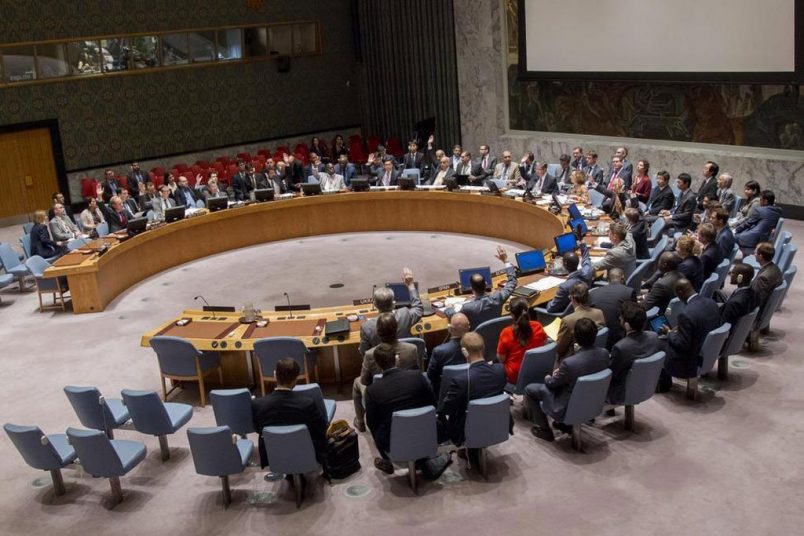 The United Nations Security Council has adopted a resolution that gives the go-ahead for the Group of Five Sahel joint force (FC-G5S), a counterterrorism effort of up to 5,000 military and law enforcement personnel drawn from Burkina Faso, Chad, Mali, Mauritania and Niger.

Issa Konfourou, Mali’s ambassador to the United Nations, praised the decision on behalf of the five Sahel nations as they move forward in a coordinated effort against the terrorism, organized crime and human trafficking that have plagued the region in recent years.

The G5 formed in 2014, and agreed in February to create a joint force.

The FC-G5S will work closely with UN Multidimensional Integrated Stabilization Mission in Mali (MINUSMA) and French forces deployed under Operation Barkhane. “We wish to move quickly because criminal groups will not wait,” Konfourou said.

To that end, a G5 Sahel summit will meet in Bamako on July 2. President Emmanuel Macron of France is expected to attend, reflecting his nation’s commitment to security in the region. French troops have served in the Sahel since 2013, and the resolution was introduced by France.

Formation of the joint force was supported in April by the African Union – AU Chairman Moussa Faki Mahamat recently completed a tour of the G5 states and again appealed to the international community for approval – but the resolution was not favored by the United States primarily over funding.

The European Union has committed €50 million in financial support, according to Deutsche Welle. The overall budget for the FC-G5S is an estimated USD$600 million, which is primarily the responsibility of the G5 states.