Home>African Future>The hope and power of population in Africa's future
By Laureen Fagan - 25 June 2017 at 7:03 am 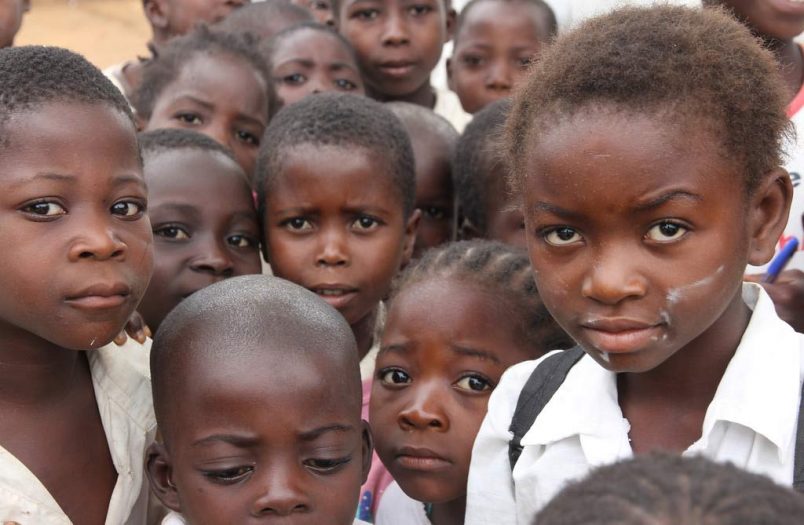 Eugene Linden, a prominent American author typically future-focused on science and climate trends, recently raised a few eyebrows with a take on global overpopulation that held the small African nation of Lesotho up as case study – or harbinger of doom, depending on perspective.

Linden, in a June 15 opinion piece for the New York Times, created his framework for an evolving demographic disaster by referencing his 1970s-era book “The Alms Race.” That book explored why development aid fails, with Lesotho – the nation receiving the most per capita aid in the world at the time – front and center in a narrative on why aid programs can make rising population pressures worse.

The op-ed extends Linden’s decades-old argument while extrapolating it to other African nations where “Lesotho’s story is being retold” as they struggle with drought and related conflict and migration.

Lesotho, Linden writes, “could also have been voted most likely to vindicate Thomas Malthus’s warning in 1798 that human numbers would inevitably outrun the resources on which our lives depend. Today, Lesotho’s experience since the 1970s is an even stronger case study of what happens when development plans ignore the reality that such efforts can be a recipe for exploding human numbers.

“The kingdom’s sad history,” he continues, “also offers an urgent, cautionary tale of how rapid population growth can nullify development efforts that might otherwise let an emerging nation endure periods of abnormal weather.”

A series of graphics to accompany Linden’s New York Times piece speaks in a language of dire Malthusian prediction and slowly unfolding catastrophe. Under the somber heading of “The Reckoning Arrives,” a list of 20 countries presents data on how the most impoverished populations of countries in 2015 vastly exceed what were their total populations in 1970.

Ranked by the ratio, only three of those nations – Bangladesh, Haiti and Uzbekistan – were not in sub-Saharan Africa. Madagascar, where 83 percent of its 24 million people were considered impoverished, ranked worst. It was home to 7 million in 1970.

Speaking of Africa in the present tense

The New York Times pairing created a bleak portrait of Africa’s future, to be sure, but not just because of its statistics on Lesotho’s loss of arable land, or the unrealistically high number of jobs that Tanzania would have to generate to keep up with a young and educated work force. Linden’s not inaccurate when he criticizes U.S. President Donald Trump’s administration and the risks that follow when cutting off access to family planning through development aid dollars destined for Africa. Nor is he exaggerating the amount of suffering across a continent, from Cairo to Cape Town, as African populations face planetary change.

What’s troubling about Linden’s assessment is the lack of hope. “Did Lesotho ever have a chance?” asks the author, speaking in the past tense as if conducting a post mortem, and checking off the boxes for HIV or crop failure or political turmoil – the latter, of course, a reality fresh in the minds of its citizens.

Yet for Lesotho, as for Burundi and Malawi and Ethiopia and Senegal and Zambia, their young and aspirational populations live in the present, envision the future, and the answer to that question is always more yes.

Last week the United Nations released its World Population Prospects: the 2017 Revision report, which asserts yet again the “demographic dividend” that African countries might experience with sufficient investment in education, health care and employment opportunities. Given continued success in the fight against HIV and other infectious diseases, and with improvements in maternal and child health, the gain in African life expectancy is expected to be 11 years by 2050.

The continent’s population will continue to drive global growth – notably in Nigeria, which is on pace to become the world’s third-largest country – even as overall fertility falls. The challenges are real, but so is the power for Africa to drive its destiny.

Africa’s decisions will determine its destiny

As the AU Summit begins this week in Addis Ababa, this year’s “demographic dividend” theme will be at its center. In alignment with the theme, all countries have been working toward this month’s target date for developing their “demographic dividend” national profiles and driving forward the AU Roadmap transformation.

Alongside the summit is a Civic Innovation and Exhibition Camp for young innovators and policy analysts to bring their ideas and projects to the table – and therein lies the truth of Africa’s real hope. All of the fatalism over Africa’s population fails to consider that Africa’s youth is the solution, not the problem. On a continent where 41 percent of the people aren’t yet older than 15, that only becomes more true in the future if nations and leaders would commit to good governance and, as Linden reminds, good development.

“‘Demography is destiny’ is both an important message and an inaccurate one,” wrote the authors of a 2015 African Development Bank book that places the ideas of demographic disaster or demographic dividend side by side. They offer strategies and policy choices designed for demographic transformation, while noting the poverty, health and other challenges that attach to population growth with a clear eye.

“However,” they add, “the nature of the impact of demographic change is not set in stone.”