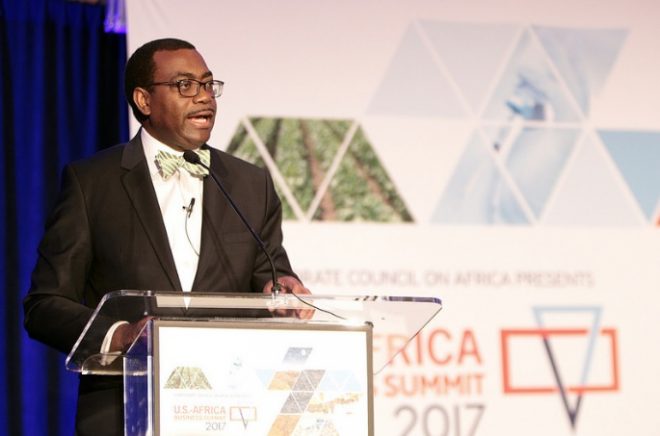 This year’s World Food Prize will go to Dr. Akinwumi Adesina, President of the African Development Bank (AfDB), whose name was announced earlier this week in the United States.

The prestigious USD$250,000 prize awarded to Adesina honors his leadership in improving the practice and production of food in Africa, and in “galvanizing the political will to transform African agriculture,” the World Food Prize Foundation said in its statement.

The former Nigerian minister’s accomplishments include the expansion of food production in his own country by 21 million metric tons during his 2011-2015 tenure, while attracting $5.6 billion in private investment in agriculture. His leadership on innovations to improve farmers’ access to credit expanded the availability of loans, while the shift to digital systems limited decades of corruption, notably in the fertilizer distribution system.

“The selection of President Akinwumi Adesina as the 2017 World Food Prize Laureate reflects both his breakthrough achievements as Minister of Agriculture of Nigeria and his critical role in the development of the Alliance for a Green Revolution in Africa (AGRA),” said former U.S. diplomat Kenneth Quinn, who serves as president of the foundation.

In accepting the prize, Adesina spoke of his life mission to help move millions from poverty and create wealth through the African economy’s agricultural sector.

“The World Food Prize gives me an even greater global platform to make that future happen much faster for Africa,” said Adesina, who believes that “an Africa that can feed itself,” while indeed a big vision, can be achieved in a decade with the political will and the resources.

To learn more about the World Food Prize, see this link.