Home>CUTTING EDGE>African nations face high risk of cyberattack as 'ransomware' hits hard
By AT editor - 28 June 2017 at 6:56 am 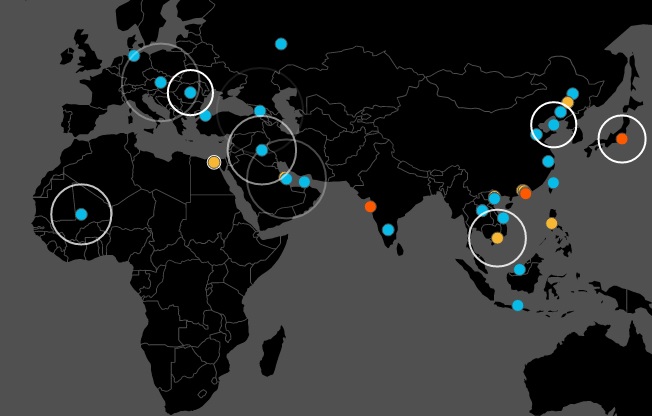 The Petya-based ransomware attack Tuesday swept across much of Asia and Europe with unprecedented fury, shutting down government agencies, banks, utilities, and global companies including Merck pharmaceutical company and DLA Piper, a law firm based in the United States.

Ukraine was especially hard-hit, with virtually all entities one might characterize as critical – airports, utilities, banks, media outlets – frozen by the cyberattack. Monitoring systems at Chernobyl, the site of the catastrophic 1986 nuclear accident, were offline as authorities shifted to manual systems.

Global shipping giant Maersk was affected, with all 17 shipping terminals disrupted – 15 of them outside of the Netherlands. Africans again appeared to have escaped the worst, but overall IT security remains a problem in many countries.

Security experts note technical differences between the two, with Petya causing extreme disruptions but not actually being as infectious as the WannaCry malware because of the way that it is spread, even if both ransomware attacks function by exploiting the same weakness in Windows operating systems.

Any Windows users should keep their systems updated with available patches as soon as possible, and be vigilant about their antivirus software and other security measures, they said.