Home>African Future>Tanzania: On education for teen mothers, it's Magufuli who needs to do the math
By Laureen Fagan - 30 June 2017 at 11:46 pm 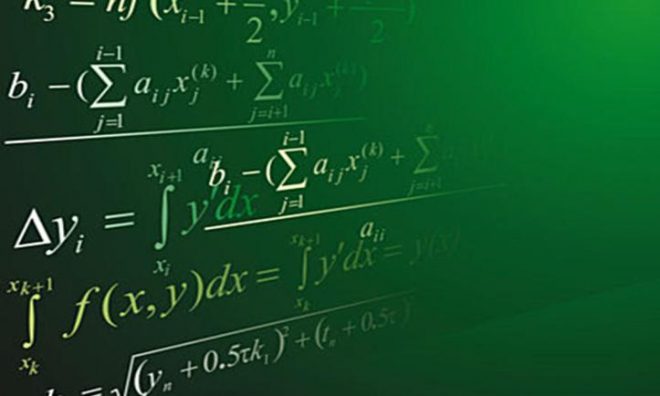 The future of Africa’s youth seems to be on everyone’s mind. Chad is playing host to the Pan African Youth Forum through Saturday, where 300 young people from 54 countries are engaged in a core discussion of how to take full advantage of the continent’s “demographic dividend.” Heads of state addressing and participating in the forum include President Idriss Déby and President Alpha Condé of Guinea, both emphasizing this year’s AU theme of harnessing the power of Africa’s population in the coming decades.

Meanwhile in Addis Ababa, the AU Summit continues its concurrent meeting. There, the discussions make clear that achieving the promise of the power of youth won’t happen without satisfying the UN’s Sustainable Development Goal 5 – securing the gender equality and empowerment of women and girls. Building inclusive societies to ensure education and opportunity for Africa’s young women isn’t just a nice idea, it’s a cornerstone. Failure to do so will be catastrophic, as any number of governments, research studies, advocacy groups and NGOs have said, over and over.

So one wonders how it is that President John Magufuli of Tanzania – a country with more than a few economic development successes, but daunting challenges too – is so wildly out of sync with the collective vision of Africans who are demanding more opportunity, not less, for a new generation of women.

Even when those smart, aspirational and promising young women happen to be mothers.

“After getting pregnant, you are done!” warned Magufuli last week. His further remarks suggested that it’s apparently enough of a burden to have to send young Tanzanians to school in the country’s otherwise well-regarded education expansion initiative, without expecting that he’ll educate young mothers too.

Punishing the youth that Tanzania needs to value

What’s driving Magufuli’s draconian approach to the education of teen mothers? Because it’s just not adding up. The president’s widely publicized June 22 remarks, endorsing a state policy that forbids girls to return to school if they become pregnant, weren’t merely unenlightened. They were a capricious and cruel abuse of power, and they send him 180 degrees in the wrong direction from the potential of African youth and those future dividends.

If Magufuli was the only one walking away from the future of Tanzania’s youngest mothers – and by extension, the future of their families and nation – that would be tragedy enough. But Tanzania has long had one of the highest rates of adolescent pregnancy in the world, and that means 27 percent of young women between the ages of 15 and 19 who were either pregnant (5.7 percent) or had a first child (21 percent) during comprehensive research conducted by Tanzania in 2015-2016.

That number jumps to 32 percent in rural areas, with poverty, gender inequality and early marriage traditions so often the underlying ills – and for which education is the remedy. Surely Magufuli is aware that his own research suggests that a punitive pregnancy policy already affects far too many of the young women that Tanzania is counting on to one day achieve its own demographic-dividend success.

Those ambitious goals won’t be possible without a competitively educated workforce and good paying jobs, and that won’t happen in a Tanzania where less than half of girls who enter lower secondary school fail to complete Form 4. Someone should be doing a few math problems – crying babies at the breast or not – to explain how Magufuli’s stance balances against Tanzania’s stated development goals.

The wider lens of Tanzania’s possibilities

Even as the country’s civil society groups push back at Magufuli’s short-sighted folly, the government is digging in to defend schools that demand pregnancy tests and expel girls when tests are positive, and the slamming of doors on their career goals and contributions when they become mothers.

Officials said Thursday that Tanzanian girls – there’s no mention of boys involved in pregnancies, of course – can complete their educations in vocational training or the alternative Complementary Basic Education for Tanzania (COBET) program. Yet at best, there appears to be confusion in some districts on whether that’s even true.

Nor does Magufuli appear open to the overtures of advocates for teen mothers who say they won’t be intimidated by government threats to shut them down. “Let those NGOs that are making noise build schools for teen mothers,” Magufuli said, again waving a dismissive hand at hypothetical students rushing off to breastfeed, as if – although it would be a topic for another day – that aspect of motherhood is itself a problem.

“We will be destroying this nation,” the president said, adding that any permission for these girls to return to school would encourage more girls to have premarital sex. Yet is that really the crux of the matter? It’s entirely possible to remain sensitive to some cultural influences and preferences while still embracing change, and without failing to see the possibilities of these young women and their new families with a wider lens.

What promises to destroy Tanzania is the failure to invest in its girls by ensuring that education – considered a fundamental human right by the United Nations – equips them to help build that same Tanzania. While the rest of the continent is talking about the “four pillars” of the African Union roadmap for harnessing the demographic dividend by investing in African youth, Magufuli is kicking those pillars of education and empowerment out from underneath the young people who perhaps need them most.

It makes no sense in the lives of individuals or the nation that will need them. Someone needs to do some mathematics problems, all right – and it’s Magufuli.