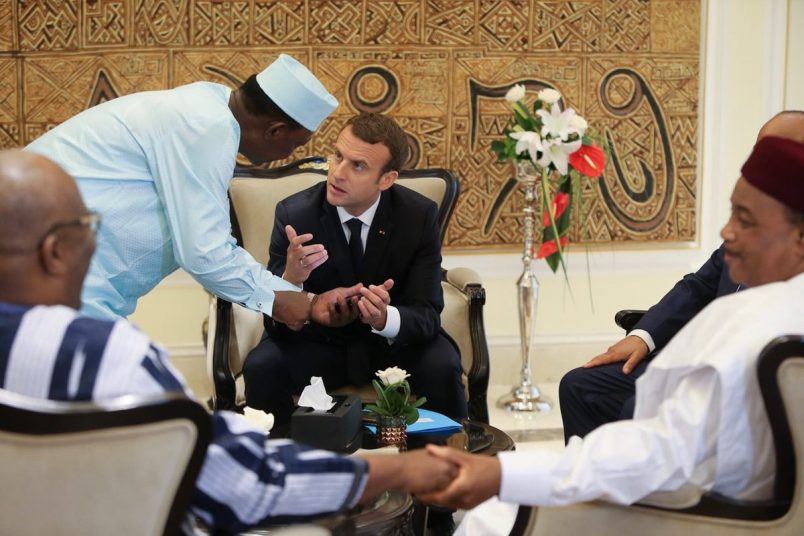 French President Emmanuel Macron on Sunday promised €8 million this year, along with equipment and technical support, as he joined the presidents of the G5 Sahel countries in Bamako Sunday to formally launch the Sahel joint force (FC-G5S). It is expected to be operational in the fall,  and based in the Malian town of Sévaré, news outlets in Mali said.

Each of the G5 nations, which formed in 2014 to fight the growing terror threat of al-Qaeda linked armed extremists, pledged a contribution of €10 million toward the joint force they agreed in February to form. While a force of up to 10,000 military and law enforcement personnel is envisioned, the leaders said Sunday that the FC-G5S will begin with 5,000 personnel drawn from the participating Sahel nations.

They are expected to work closely with UN Multidimensional Integrated Stabilization Mission in Mali (MINUSMA) and French forces deployed under Operation Barkhane. Both the African Union and the United Nations Security Council have welcomed the effort, and Macron signaled that support for the cash-strapped G5 Nations may be forthcoming from Germany as well. Chad’s president Déby said last week that his country has reached its limits and may be forced to pull back without additional resources.

The European Union has committed €50 million to the effort. Both Macron and Keïta urged that the plan move forward as a starting point, without waiting for the full €423 million that’s estimated for the joint force operations. Macron urged the G5 leaders to prove to global donors and partners that the force is effective.