Home>Health>App designed to bridge gaps in Kenya's access to mental health services
By AT editor - 4 July 2017 at 12:29 pm 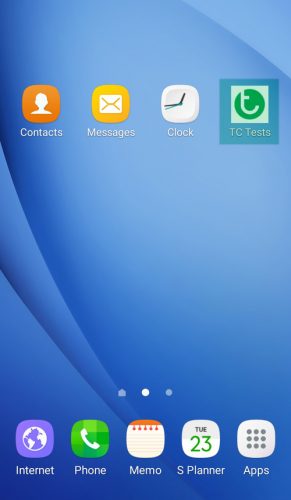 A new mobile app hopes to make mental health services available to all Kenyans, with access to psychiatric services and a support network of health care providers, peers and caregivers.

The TrustCircle app is being launched by Psychiatric Disability Organization (PDO), a community-based group in Nakutu, in partnership with the app developers in the United States. It hopes to break through access barriers in Kenya, where there are 88 psychiatrists, almost all of them based in Nairobi. In rural areas, there is just one psychiatrist for 5 million people, the organizations said.

Users can access clinically validated mHealth tests online for conditions including depression, alcohol or substance abuse, or post-traumatic stress disorder (PTSD). PDO plans to make the mobile app available to millions of Kenyans across the next few years.

Kenya’s Ministry of Health says one of every four Kenyans will suffer from a mental disorder in their lifetime, but there is minimal funding to support diagnosis and treatment. That gap is pronounced in less-developed countries, the World Health Organization notes, and the TrustCircle app offers an innovative solution to the problem.

TrustCircle CEO Sachin Chaudhry developed the app and network after he was driven to find solutions following his brother’s diagnosis of serious mental illness in his native India.

“I truly believe that our partnership along with support from government of Kenya will set a model that can scale this effort not only in entire Kenya but also in other countries in Africa,” Chaudhry said.