Home>News>Ivory trafficking investigation in Mozambique reveals vast Chinese-led network
By AT editor - 5 July 2017 at 4:52 am 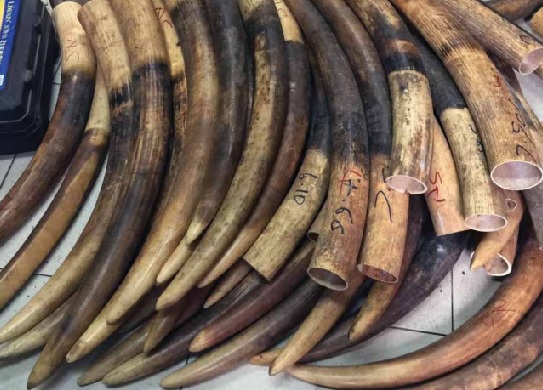 An environmental watchdog group says its investigation of ivory smuggling in Mozambique uncovered evidence of a Chinese-led criminal network, operating through the southern city of Shuidong that they claim is a route for some 80 percent of all elephant-tusk ivory originating in Africa.

The report, released Tuesday by the UK-based Environmental Investigation Agency (EIA), traces a three-year project in which the EIA team embedded themselves in the ivory trafficking network. Much of “The Shuidong Connection” report describes their meetings with Chinese smugglers in Mozambique and China, following leads they received from contacts in Tanzania in 2014. They first focused on the port city of Pemba, where they met three Chinese nationals working with a Tanzanian.

These contacts, identified in the report, included two second-generation ivory traders and a third who represented the interests of an unidentified Hong Kong investor.

“What followed was beyond anything EIA could have anticipated,” the authors said, describing the discovery of a trafficking syndicate that’s been operating for two decades and what they learned as they established their trust. “Over the course of more than a year, discussions with the traffickers gave an unprecedented insight into the methods used to source, ship and sell raw tusks, and to manage profits.”

They also firmly established the importance of Shuidong in global illegal ivory flows, EIA said, as well as the pangolin scales the group trades in. Recent ivory seizures linked to the group have occurred in Vietnam, Tanzania and Singapore.

EIA says that all actionable information from their investigation was shared with the relevant enforcement authorities. While commending China’s commitment to end the illegal ivory trade, the report makes clear that enforcement is still too weak and calls on officials to step up their efforts. EIA also offers recommendations for the governments of Mozambique, Nigeria, Tanzania, and other transit countries implicated in the investigation.

Funding for the report came from a range of environmental organizations and grantmakers, including Save the Elephants and the Paul G. Allen Family Foundation.