Home>Articles>Amnesty blames EU migration policies on Libya for increased suffering and death
By AT editor - 6 July 2017 at 4:46 pm 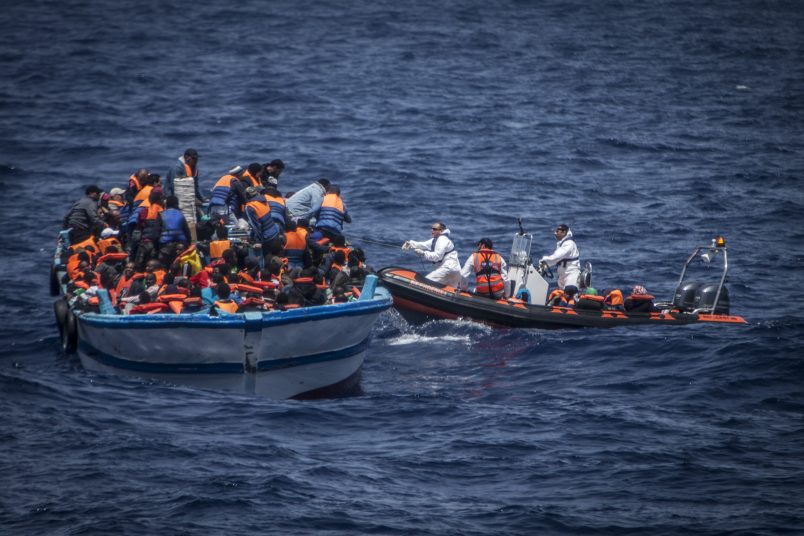 As European Union (EU) officials met in Estonia to discuss new measures aimed at stemming the tide of migrants to Italy, the Amnesty International organization condemned the EU for developing policies that make the desperate situation in the Mediterranean transit country of Libya worse.

“Rather than acting to save lives and offer protection, European Ministers meeting today are shamelessly prioritizing reckless deals with Libya in a desperate bid to prevent refugees and migrants from reaching Italy,” said John Dalhuisen, Amnesty International’s Europe Director.

“European states have progressively turned their backs on a search and rescue strategy that was reducing mortality at sea in favour of one that has seen thousands drown and left desperate men, women and children trapped in Libya, exposed to horrific abuses.”

The A perfect storm: The failure of European policies in the Central Mediterranean report charges that the EU, aligned in solidarity with Italy in its efforts to keep migrants in Libya, has abandoned them to human traffickers and well-documented human rights abuses. Amnesty’s report argues that EU policies are behind a rising death rate on the Mediterranean, which will only stop when safe, legal routes for migrants allow them entry to the EU.

Italy has received more than 85,000 migrants and refugees so far this year, and has long demanded that the EU help close the Libyan route it says is disproportionately affecting the country. Andres Anvelt, the Estonian interior minister chairing the EU meeting, said that Africans and others traveling through lawless Libya are economic migrants, do not need protection or asylum, and must be immediately returned.

Better still is the plan to keep migrants in Libya, the EU hopes. While an additional €35 million in funding for Italy is on the table, the EU’s Emergency Trust Fund for Africa (EUTF) and its policy priorities overall are designed to stop migration in Libya, much as the 2016 deal with Turkey sealed off the eastern route through Greece.