Home>Commentary>In Kagame's Rwanda, the bold presidential bid of Rwigara ends
By Laureen Fagan - 8 July 2017 at 4:44 am 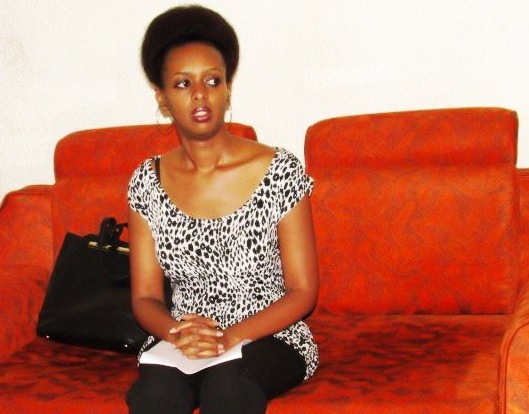 In Rwanda, three candidates seeking to stand for the presidential election on August 4 have been disqualified, the National Electoral Commission (NEC) said, as it announced the final list on Friday.

That list of candidates includes incumbent President Paul Kagame, who is expected to win a third seven-year term after a 2015 referendum on changes to the constitution permitted him to run again, despite criticism from the United States and European Union. The NEC list also includes Frank Habineza of the Democratic Green Party of Rwanda (DGPR) and Philippe Mpayimana, an independent candidate.

Diane Shima Rwigara, Barafinda Sekikubo Fred and Gilbert Mwenedata did not fulfill required documents to qualify as independent candidates, according to NEC. In all three cases, their disqualification was because they failed to collect the requisite number of signatures from Rwandan citizens endorsing their candidacy.

Each candidate must have 12 signatures from each of the country’s 30 districts, included among at least 600 signatures overall. The NEC says Rwigara gathered just 572 signatures, but local media reports she also was accused of submitting the signatures of two dead people, using almost three dozen signatures without permission, and collaborating with an NEC volunteer to forge another 26 signatures.

On Wednesday, Rwigara said she had presented more than 1,105 signatures, nearly twice those required, and expected to be “fairly and justly” named to the final list. Earlier this month, she was denied access to verify the lists of disqualified voters in a process the independent candidates say was unfair.

Rwigara announced her candidacy in May and has complained of being the target of Kagame’s regime since. She was the target of a smear campaign after nude photos of her were publicly released on social media, and said last month that at least 10 of her volunteers were threatened and harassed while canvassing for signatures.

Her experience appears to be a part of the whole when it comes to longstanding critiques of an authoritarian Kagame stance, one that crushes the political opposition and brooks no dissent while tightening his grip on a Rwanda that he has now led for nearly two decades.

Also on Friday, Amnesty International issued a statement condemning the all-too-familiar intimidation that the political opposition, journalists and human rights activists continue to face. The lack of freedom of expression, along with poverty and injustice, are issues the 35-year-old Rwigara has spoken against in her vision for a different Rwanda – one that has already known such searing struggle in the past.

The intervening decades of repression since the 1994 genocide have created “a climate of fear” in which the 2017 elections take place, Amnesty said, including fear of reprisal, death and disappearance.

“Rwanda’s history of political repression, attacks on opposition figures and dissenting voices in the context of previous elections, stifles political debate and makes those who might speak out think twice before taking the risk,” said Muthoni Wanyeki, Amnesty’s Regional Director for East Africa, the Horn and the Great Lakes.

Those challenges have been well-documented by international NGOs and Western governments who, despite their acknowledgement of Rwanda’s economic growth and development success, oppose Kigali on democratic freedoms and human rights violations. The Human Rights Watch (HRW) World Report 2017 details some of the more recent cases of opposition political party members who go missing, media outlets that are shut down – the BBC Kinyarwanda service included – and journalists arrested on dubious charges.

Too scared of the ruling party

Ten years ago, journalist John Williams Ntwali was working for City Radio when he was arrested for airing a show in Kinyarwanda that explored issues connected to the genocide. His arrest, according to the Committee to Protect Journalists, occurred in a year that saw reporters beaten, newspapers shut down and journalists harassed on bogus charges of sexual offenses. Not much has changed since then; Ntwali was arrested in January 2016 and accused of allegedly raping a minor. He was released after 10 days with charges dropped, just as he was in 2007.

What was different this time, though, was that Ntwali, an investigative reporter, was doing research and interviews on circumstances surrounding the death of prominent businessman Assinapol Rwigara. The elder Rwigara, an early supporter of Kagame’s Rwandan Patriotic Front (RPF) party, nonetheless also had a 10-year history of difficulties with Rwandan authorities that prompted HRW in 2007 to demand an inquiry into his then “disappearance.” Years later, the official story of his 2015 death is challenged by his family. They maintain that he was assassinated.

So it was in this context that the late Rwigara’s daughter, Diane, summoned the courage to step up to the microphone in May to announce her candidacy. At the press conference, she said she had distanced herself from the RPF after her father’s death, but pointedly said her personal experience was just one part of her decision to run against Kagame.

“What the ruling party has failed to deliver in 23 years, they can’t do in the next term,” Diane Rwigara said. “Everybody is scared to express themselves because they are too scared of the ruling party. There is no freedom of expression in Rwanda. Let me see how long I can go with this.”

On Friday, she found out just how long.

The greater question is how much longer Rwanda can go on with this.