Home>News>Botswana helps to fund investigation into Syria war crimes
By AT editor - 9 July 2017 at 6:25 am 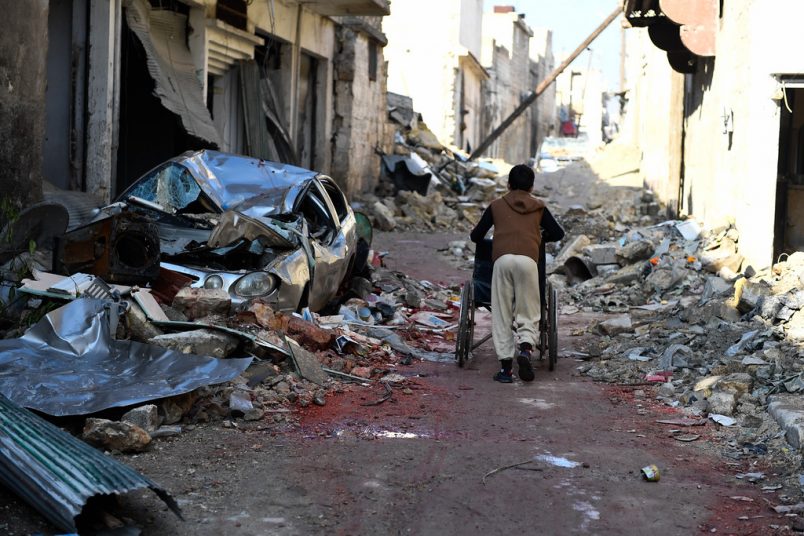 Botswana is the only African nation among the 26 countries so far making financial contributions to support an investigation into serious crimes committed during the Syrian conflict.

The International, Impartial and Independent Mechanism (IIIM) will be led by Catherine Marchi-Uhel, a French judge appointed this week to lead the IIIM. It was established by the United Nations General Assembly in December 2016.

It is, according to the French government, designed to “gather evidence and testimony that will facilitate the investigations and help try those responsible for the most serious crimes under international law committed in Syria since March 2011.”

That work will complement the efforts of the Independent International Commission of Inquiry, which has been documenting alleged crimes, identifying responsible parties and preparing the work for the courts for five years.

“There will be no lasting peace in Syria as long as the perpetrators of war crimes and crimes against humanity go unpunished,” the French government said, expressing its hopes that the work will begin soon.

The IIIM has so far gathered just over USD$6.5 million in voluntary contributions to fund its work. About half of the total has come from the combined commitments of Germany, Finland and the Netherlands, while Qatar and Switzerland have each pledged at least $500,000.

Yet the smaller contributions of countries like Ireland, Estonia, Slovenia and Botswana demonstrate a commitment to justice for those who have suffered the unrelenting horrors of Syria’s long war. Among them was an April attack on an evacuation convoy of citizens near Rashideen, which the UN High Commissioner for Human Rights said likely amounts to a war crime.

A foreign ministry official in Botswana told RFI that the country considers it a moral obligation to help with the investigation effort.