Home>News>Far too little to celebrate as South Sudan observes its independence
By AT editor - 9 July 2017 at 8:22 pm 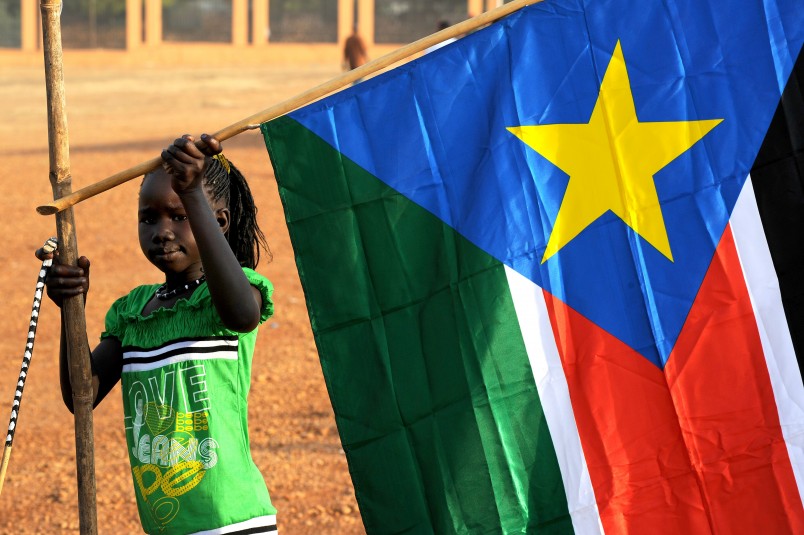 South Sudan has marked its July 9 anniversary of independence, but with no formal observances in a land with far too little to celebrate.

The United Nations Office for the Coordination of Humanitarian Affairs said at least 25 humanitarian aid workers from different organizations were evacuated from the Pagak region, a stronghold of opposition SPLA-IO forces loyal to leader-in-exile Riek Machar, following clashes that erupted on Friday.

Thousands of civilians are displaced by renewed fighting in Mathiang, with at least 50,000 people cut off from aid in the region near South Sudan’s border with Ethiopia. There were also reports of looting at humanitarian compounds, UNOCHA said. Earlier last week, the agency condemned threats made against humanitarian workers in Bor.

The Upper Nile, as well as southern Equatoria states, are among the hardest hit by South Sudan’s ethnic and political divisions.

South Sudanese army officials deny the reports of fighting in Pagak and say they are honoring the unilateral ceasefire declared by Kiir in May. Yet witnesses tell the Sudan Tribune that government troops and an aligned rebel faction are operating in the region, and civilians have been told to evacuate.

The latest developments come in a South Sudan that is now home to the fastest-growing refugee population seeking escape from the fighting. There are 1.9 million people displaced within its borders, and an additional 1.4 million have fled to neighboring countries, many of them to Uganda.

More than half of them are children, according to UNICEF.

“A country’s independence day should be celebrated. However, today in South Sudan, there will be no celebration for the millions of children caught up in this conflict,” said Mahimbo Mdoe, UNICEF’s Representative in South Sudan, in a statement marking the sadness of the anniversary.