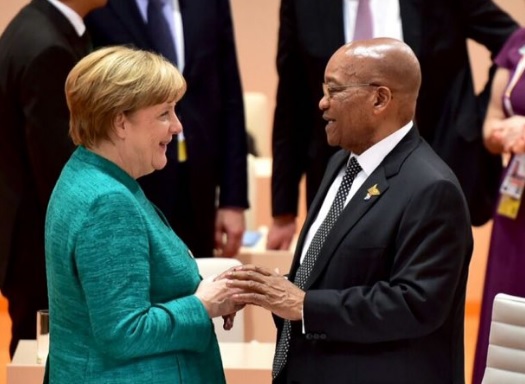 The G20 Summit in Hamburg, Germany, ended Saturday with a much-anticipated focus on Africa championed by German Chancellor Angela Merkel – but it may have been India’s Narendra Modi who made the most compelling case for a global investment in African development.

During brief remarks to the ‘Partnership with Africa, Migration and Health’ working session, Modi insisted that the G20 leaders needed to “walk the talk” on Africa, particularly in the areas of health, technology, and the financial commitments necessary to truly deliver on a “Compact with Africa.”

To that end, the G20 Leaders’ Declaration included the launch of the G20 Africa Partnership, listing rural employment and renewable energy initiatives as well as priorities for the first seven countries participating in the “Investment Compacts” with G20 nations.

President Jacob Zuma of South Africa, meeting with BRICS leaders on the G20 sidelines, said that as co-chair of the G20 Development Working Group, the country will focus on inclusivity and that in that spirit “any partnership with Africa must benefit the whole continent and encompass a holistic approach.”