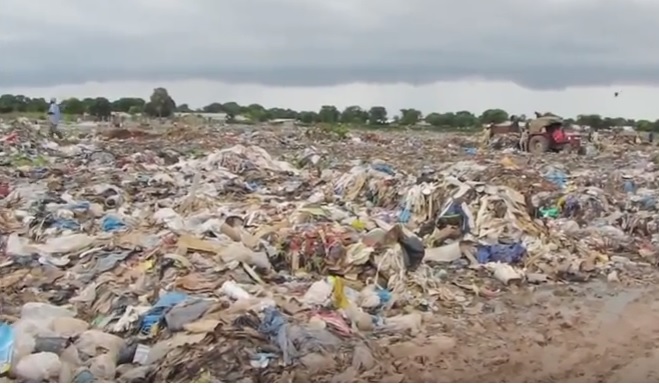 In The Gambia, police and protesters have clashed over trash this weekend, as the government reopened a waste dump activists had shut down because residents don’t want it in the community.

The protests occurred at Bakoteh, where riot police were sent in after residents barricaded a dump site closed down by local environmental activists. The protests followed broadcast media statements by local officials of the Kanifing Municipal Council (KMC), who announced a decision on trash removal arrangements that meant waste would not be sent to Banjul but handled at Bakoteh instead.

Media outlets including Freedom Newspaper say that deal, confirmed by Mayor Yankuba Colley, led to anger in the streets, with reports that an official’s car was attacked at the Bakoteh landfill. Activists who collected trash from nearby Serrekunda dumped an entire truckload of bagged waste at Colley’s office, sharing social media images of mounds of trash that had gone uncollected at the busy central marketplace.

Residents told Gambian news outlet SMBC that smoke and the odors from the Bakoteh dump make it difficult for its neighbors to breathe and are polluting the environment. Some believe toxins from the site are responsible for mysterious deaths and illness.

The KMC generates some 400 tons of waste per day. Last month, Colley blamed the environmentalists for misusing The Gambia’s new democratic freedoms and sabotaging the government’s efforts as they blockaded the Bakoteh site.