Home>News>Gambian minister is next as Turkey ups engagement with African states
By AT editor - 13 July 2017 at 6:34 am 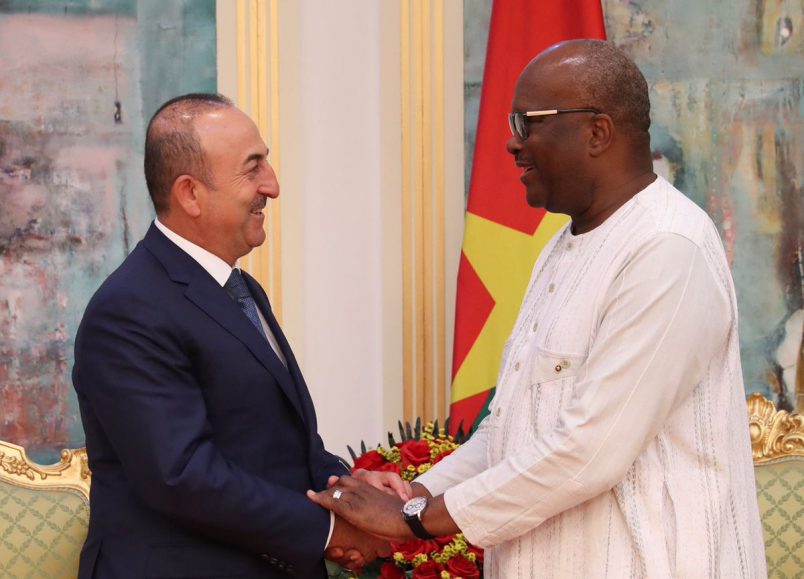 Turkey will host the foreign minister of The Gambia this week in the latest round of bilateral meetings and engagements with African countries.

Ouasainou Darboe is expected to be in Turkey through June 17, according to the country’s Ministry of Foreign Affairs. The visit comes as Mevlüt Çavuşoğlu, Turkey’s foreign minister, wrapped up a meeting in Burkina Faso in which he stressed the importance of Africa to Turkey and promised that President Recep Tayyip Erdogan plans to establish 50 embassies across the continent.

“Africa sees our sincere attitude towards them and knows very well that we are not here with a colonial policy,” Çavuşoğlu said during a joint press conference Wednesday with President Roch Marc Christian Kabore, above, in Ouagadougou. The two discussed economic development and security issues during the visit.

One of the new embassies will be in Monrovia, Çavuşoğlu said after completing his state visit in Liberia on Tuesday. The foreign minister met with President Ellen Johnson Sirleaf as well as his counterpart, Foreign Minister Marjon Kamara.

Both the visits to Burkina Faso and Liberia were a first at the ministerial level. They followed Çavuşoğlu’s participation on Monday at the Council of Foreign Ministers of the Organization of Islamic Cooperation, held in Abidjan, Côte d’Ivoire.

Çavuşoğlu told journalists that Turkey considers its relationships with Africa to be “a success story” built on shared cultural values.