Home>News>Kenya's rise in electoral violence draws rebuke from IEBC and candidates
By AT editor - 14 July 2017 at 7:13 pm 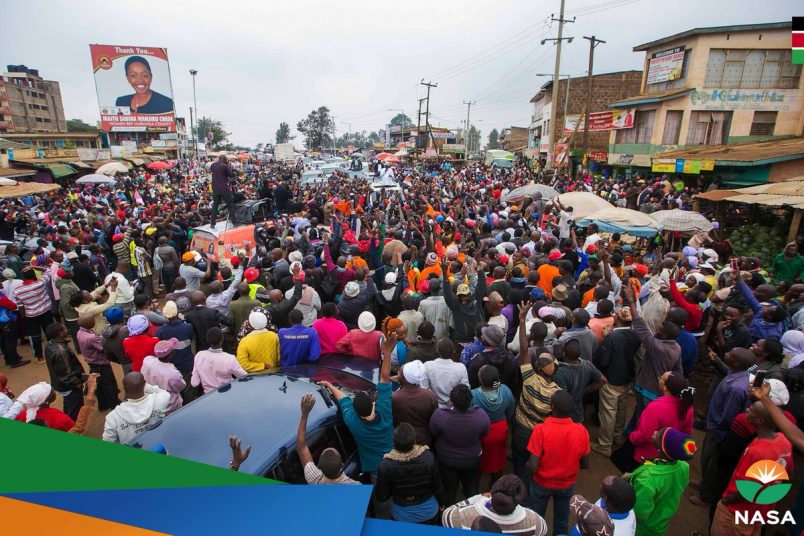 In Kenya, the Independent Electoral and Boundaries Commission (IEBC) issued a warning Friday against electoral violence ahead of the country’s August 8 elections.

“The Commission strongly condemns the incidents of violent interference with presidential campaigns in Kisumu, Kabarnet and Thika,” the statement said. The IEBC said it was sending teams of investigators to look into these and other incidents, to assess the possibility of fines, candidate elimination and other consequences that attach to electoral violence.

On Thursday, a rally for National Super Alliance coalition (Nasa) opposition candidate Raila Odinga in Thika ended with the candidate fleeing as crowds threw stones. Police fired shots into the air and used teargas to disperse the crowd, some of whom told The Star that the disruption was in retribution against Nasa supporters who interfered with a rally for Jubilee candidate and incumbent President Uhuru Kenyatta in Kisumu the previous day.

Odinga, speaking at a Friday press conference, said the coalition notes with great concern the rising levels of political intolerance and condemns this week’s violence and disruptions. Odinga also was shut down at a Nasa rally on Wednesday in Kabarnet, where police had difficulty controlling the crowd.

In a statement issued Friday, Kenyatta warned politicians in the Laikipia region that ongoing political and communal violence will be met with the full force of law.

An uptick in political violence in Kenya’s tense environment occurs in the context of both the country’s recent challenges and past experience. Kenya’s 2007 elections were marred by violence driven in part by voting irregularities that included the charge that ballots were cast in the name of deceased voters, which has had echoes in the run-up to this year’s voting.

The IEBC statement further assured Kenyans that discrepancies found in an audit of voter rolls made public in June have been resolved, with the database of more than 19 million voters publicly available.

In March, Kenyatta publicly blamed Odinga for the violence that led to more than 1,000 deaths, the displacement of a half million people and an International Criminal Court (ICC) investigation of both Kenyatta and his deputy, William Ruto.