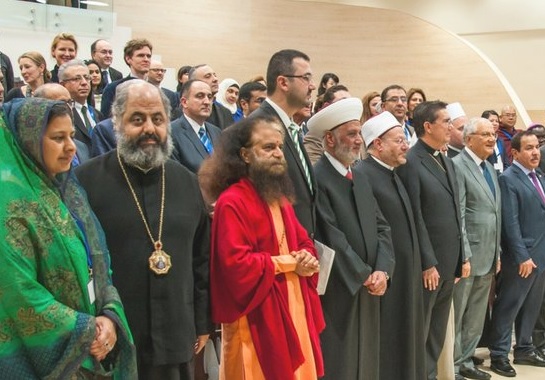 United Nations Secretary General António Guterres, along with religious leaders of the world, announced on Friday the launch of a new initiative to curb atrocities rooted in faith-based incitements to violence.

The launch of the Fez Plan of Action, first drafted in Morocco in April 2015, marks two years of engagement with religious leaders on how to improve multifaith dialogue, develop alternative messaging and educational tools, and limit hate speech that leads to violence.

“Around the world, we see how religion is being twisted – cynically manipulated – to justify incitement to violence and discrimination,” Guterres said. “We see an alarming rise in online and offline hate speech — messages that spread hostility and hatred and encourage populations to commit violence against individuals or communities, often based on their identity. Hate speech sows the seeds of suspicion, mistrust and intolerance.”

He was joined by Adama Dieng of Senegal, the UN Special Adviser on the Prevention of Genocide. Dieng said the plan has been designed to counter the kind of ideology that led to the genocide against the Yazidi minority group at the hands of Islamic State (ISIL) militants. 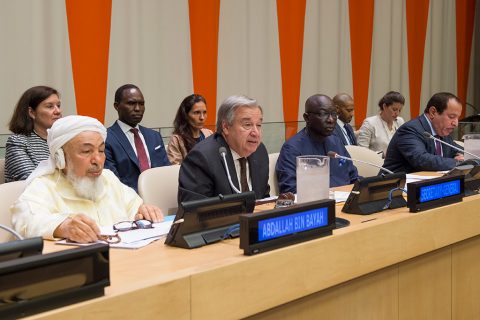 The plan relies on the role of faith leaders in preventing violence and taking early action in conflicts that may escalate into genocide, crimes against humanity and war crimes.

“The voice, the authority, and the example of religious leaders are critical,” Guterres said.

Among those leaders was Abdallah bin Bayah, a globally recognized Islamic scholar and jurist from Mauritania who studied law in Tunisia. He is known for his calls to peace and opposition to terrorism.

Also on hand was Faisal Bin Muaammar of Saudi Arabia, head of the KAICIID international dialogue center in Austria that worked closely with World Council of Churches and other groups on the plan.