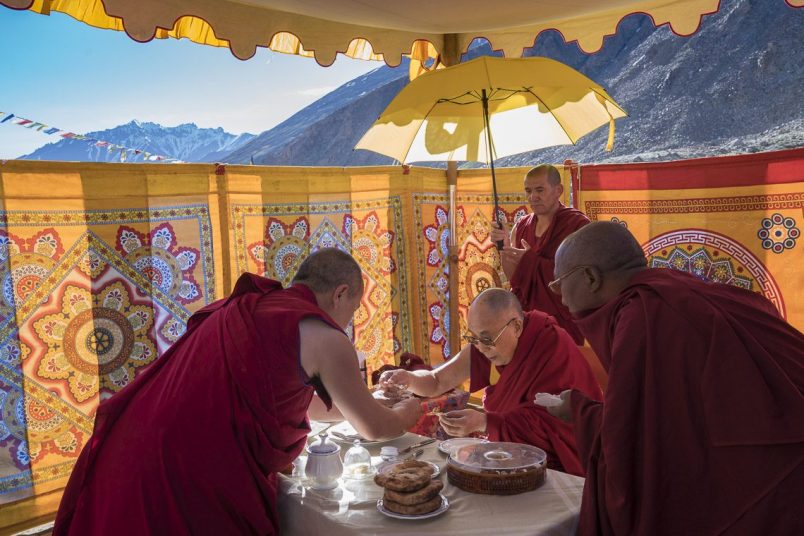 China has made plain its displeasure over the Dalai Lama’s planned August visit to Botswana, where officials have said President Ian Khama plans to meet with the Tibetan spiritual leader.

The Dalai Lama will be a guest at a three-day conference at the University of Botswana in Gaborone from August 17 through 19, which is expected to draw African scholars and spiritual leaders. He also plans “Healing our World Through Compassion,” a public talk in Gaborone at the conclusion of the conference.

News of the Mind-body Institute’s plans were first publicized in early June, but at the Friday press conference of China’s Ministry of Foreign Affairs, spokesman Geng Shuang blasted Botswana for welcoming the Tibetan, especially since Khama will be delivering the opening address.

“The 14th Dalai is a political exile who has long been engaged in anti-China separatist activities under the cloak of religion with the attempt to split Tibet from China,” said Geng. “China is firmly opposed to Dalai’s trip to any country for activities aimed at splitting China in any capacity or name, and contact with any official in any form in any country.”

Noting that “China’s stance is clear,” the spokesman urged that all countries respect China’s concern and make the “correct decision” on the Dalai Lama. Some Botswana media outlets also have questioned Khama’s decision, pointing out that it is inconsistent with Botswana’s historic support for China, and that diplomatic sources have warned China will immediately cut diplomatic, trade and other ties over the Tibetan’s visit.

Last week’s theft of a massive, 500-kilogram statue of the Buddha from a Gaborone faith community has left some members suspicious that, ahead of the visit, the incident was motivated by religious intolerance.

The Dalai Lama turned 82 earlier this month, and in a message thanking his supporters said he remains committed to preserving Tibet’s Buddhist culture and environment while promoting interfaith peace and a more compassionate world.