Home>African Future>Warming climate poses a threat to African painted dog survival
By AT editor - 20 July 2017 at 6:19 am 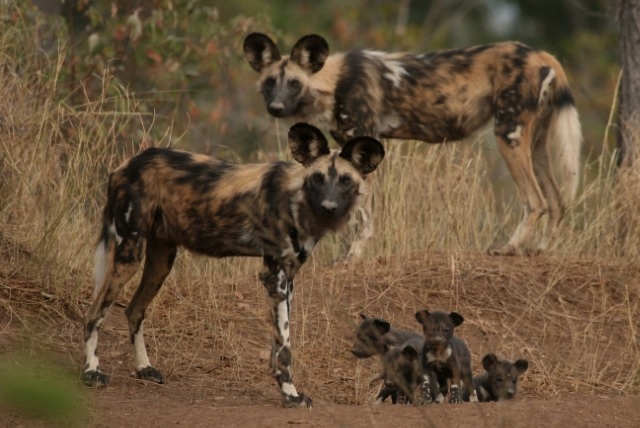 Scientists at the Zoological Society of London (ZSL) say their new study results demonstrate a clear link between climate change and impacts on endangered African wild dogs who have fewer surviving pups in hotter temperatures.

“When most people think about wildlife in a changing climate, they think of polar bears clinging to melting ice, but even species who have adapted to tropical weather are being impacted by the changes to their environment,” said lead author Rosie Woodroffe of ZSL’s Institute of Zoology.

The “Hot Dogs” research, published online Wednesday in the Journal of Animal Ecology, is actually drawn from three concurrent studies of Lycaon pictus, a native to sub-Saharan Africa that is sometimes called painted dog or wolf because of its coat markings.

The studies by ZSL, Botswana Predator Conservation Trust and the African Wildlife Conservation Fund, monitored 73 wild dog packs in Botswana, Kenya and Zimbabwe for a combined 42 years of observation. Across 24 years at the longest-monitored site in Botswana, rising temperatures coincided with a drop in pup births, from five to three per pack.

The African wild dogs were tracked by collars to collect data, which showed that they spent less time hunting on hot days. When packs tried to raise pups in hot weather, more of the pups died, possibly from less access to food; results from the Kenya site also showed longer intervals between births.

African wild dogs are one of the world’s most endangered carnivores and their populations are in decline, with estimates suggesting that fewer than 700 packs currently remain in the wild.