Home>News>China: Meetings with Qatar, UAE seen in wider context of Middle East at a crossroad
By AT editor - 21 July 2017 at 2:08 am 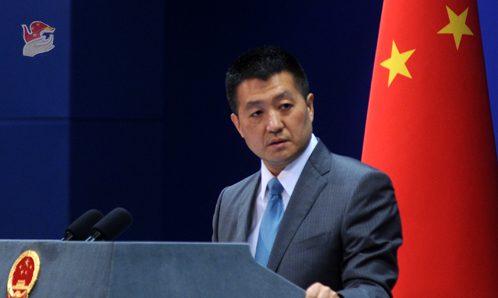 The Qatari foreign minister’s visit to China Thursday heightened the attention to Beijing’s influence in the Middle East and North Africa, in a week that also saw a welcome to his counterpart from the United Arab Emirates, Tunisia’s foreign minister, and Palestinian President Mahmoud Abbas.

The ongoing rift began June 5 with Bahrain and Saudi Arabia severing ties with their Arabian Gulf neighbor over accusations of Qatari support for terrorism, with the UAE and Yemen quickly following suit, as well as some African nations including Egypt and eastern Libyan authorities. Among the consequences is renewed tension between Djibouti, where China is staffing its military base, and Eritrea after the pullout of Qatari troops serving as peacekeepers in the long-standing border dispute.

“The situation in the Middle East is now at a crossroad,” said Lu Kang, spokesman for China’s Ministry of Foreign Affairs, during Thursday’s press briefing. China is welcoming the opportunity to work with the international community to promote peace, he added, including discussions between Wang and Tunisian Foreign Minister Khemaies Jhinaoui on China’s four-point strategy for resolving the crisis in Libya.