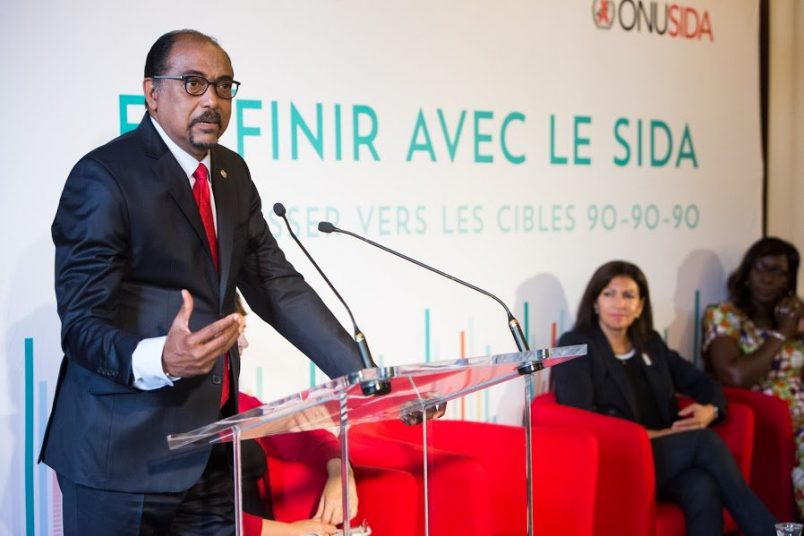 More than half of all people living with the HIV virus now have access to treatment, while AIDS-related deaths have nearly been cut in half since 2005, the United Nations said in a new report.

“Communities and families are thriving as AIDS is being pushed back,” said Michel Sidibé of Mali, the Executive Director of the Joint UN Program on HIV/AIDS (UNAIDS), in a press statement. “As we bring the epidemic under control, health outcomes are improving and nations are becoming stronger.”

The UNAIDS report said that last year, 19.5 million of the 36.7 million people living with HIV had access to treatment, while global AIDS-related deaths have fallen from 1.9 million in 2005 to one million in 2016.

Botswana has already achieved the 2020 targets for testing and treatment, while eastern and southern Africa – accounting for more than half of all people living with HIV – are on track to do so. With those improvements has come a rise in life expectancy in the most affected African nations.

But there is much more work to do. Progress has been slower in North Africa, with the exception of Algeria and Morocco. The MENA states, along with Eastern Europe and Central Asia, have seen AIDS-related deaths rise. UNAIDS has been working with Doctors Without Borders and the African Union on a catch-up plan for western and central Africa, which is lagging behind the rest of the continent.

Young people, particularly young women across sub-Saharan Africa, remain at greater risk. Research in Malawi, Zimbabwe and Zambia, found low rates among people ages 15-24 in knowledge of HIV prevention and their own status, as well as access to treatment.

To view the new UNAIDS report, see this link.