Home>African Future>Winds of change: African minerals to build a global future, not a president's wealth
By Laureen Fagan - 23 July 2017 at 9:19 am 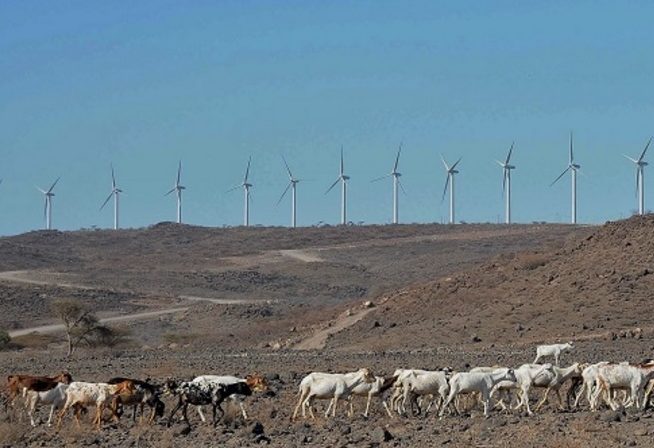 A report last week on President Joseph Kabila and his family’s holdings in the Democratic Republic of Congo – copper, cobalt and tin mining among them – offered a comprehensive look at what the Congo Research Group calls “a conservative reading” of assets worth tens of millions of dollars.

The “All the President’s Wealth” report describes hundreds of millions of dollars in Kabila family revenues since 2003, in a nation riven by conflict that’s closely linked to corruption. “While this report examines the assets of the presidential family, it is clear that members of the elite on all sides of the political divides have abused their office for personal enrichment,” the report authors conclude.

That’s been at the expense of the Congolese people, but what’s often overlooked is the impact of poor governance and transparency, and the lack of stewardship of resources, in the global community’s fight for a sustainable future.

Whether speaking of the cobalt reserves in Democratic Republic of Congo, copper in Zambia, Gabon’s manganese or Zimbabwe’s lithium, the materials to build a renewable energy future and shift away from fossil fuels are critical to the massive undertaking. Yet outside of commodities market data, there’s been little emphasis on how critical the resources themselves have become, and what some of the new challenges of extraction will bring.

A World Bank report released last week looks at climate change and the low-carbon future through a lens that has a special resonance for developing nations. It’s rooted in the future demand for minerals and mining, and the authors of the 92-page report wanted to fill a gap they identified in climate problem-solving. There is a constant flow of comprehensive research on the impacts of a warming world, the benchmarks for reducing carbon emissions to try to protect it, the evolving technologies to achieve those goals and the climate finance targets to pay for them.

What “The Growing Role of Minerals for a Low Carbon Future” analysis does instead is lay out why the metals and minerals matter. What will it take to produce wind turbines, solar panels and electric cars without undoing, environmentally and socially, the very gains they represent? It’s a question that African nations rich in metals and minerals can’t afford to ignore, particularly given the troubled legacy of the colonial “resource curse” and modern-era conflict over diamonds, 3TG and other minerals – a legacy that the latest research on Kabila demonstrates all too readily.

In the first scenario, the World Bank report looks at materials needed for wind turbines, the deployment of which already exceeds the International Energy Agency’s forecast. In 2015, there were 700 terrawatt hours (TWh) online, more than twice the 2010 prediction of 300 TWh. That translates to higher demand for manufacturing inputs that include aluminium; in Africa, it’s Guinea that holds at least a fourth of the world’s bauxite reserves with USD$2 billion invested in mining it, primarily for Chinese partners and markets.

President Alpha Condé recently stressed the priority that Conakry places on making aluminium. With Guinea’s economic development, though, have come the fatal riots at Boké in April over red mud and other environmental damage. The small West African nation is notorious for commodities-related corruption cases, including allegations made against Condé himself and his son, Mohamed, whose mining ties came under controversial scrutiny in 2015. It too is one of many scenarios across the continent that illustrate the critical need for good governance and regulatory competence in nations meeting the demand for metals to build the planet’s future.

Committing resources in the climate fight

For photovoltaic panels, copper and zinc are required for some solar technologies, with nickel, silver, lead and other metals in the manufacturing mix for the crystalline silicon panels currently commanding about 85 percent of the market. In the World Bank models for the most aggressive adoption of renewable energy, one that optimistically holds the planet to a 2°C temperature rise, the demand for renewables rises 44 percent by 2050. That translates to a 300 percent increase needed in all relevant metals and minerals for their production, and perhaps others as new technologies evolve. The findings don’t just make a case for responsible leadership, but for mining economies to anticipate markets, plan for the industry’s long timelines, and map the assets – with Africa particularly lagging in the latter.

With renewable energy storage and clean-energy transportation batteries, lithium is key. The DR Congo has an estimated one million metric tons in identified lithium resources; as with copper, cobalt and other minerals, the country is critical to more than just making mobile phones. So are many of Kabila’s neighbors.

There have been enough ethical compromises, and security and human rights issues, for long enough to demand that leaders act on behalf of their own nations rather than themselves. The Congo Research Group adds to that understanding. What needs to be more clear is the degree to which leaders driven by avarice are impacting the global community’s hopes for a sustainable planet, while commandeering the resources needed to avert the worst catastrophes of climate change.

That’s not just a Congolese problem, or an African problem. That’s everyone’s problem.