Home>News>France to host Sarraj, Haftar to discuss Libyan political compromise
By AT editor - 25 July 2017 at 6:50 am 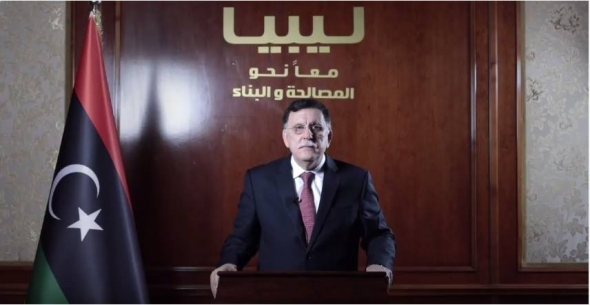 President Emmanuel Macron of France on Tuesday will host Fayez Al-Sarraj, head of the Presidency Council for Libya’s internationally recognized Government of National Accord (GNA), and Khalifa Haftar, head of the Libyan National Army in the nation’s east, at La Celle Saint-Cloud near Paris to discuss solutions to the Libyan crisis.

The historically rare meeting between the rival Libyan leaders, who met earlier this year for the first time since January 2016, also will include Ghassan Salamé, the new United Nations special envoy to Libya.

“France intends to signal its support for the efforts to build a political compromise, under the aegis of the United Nations, which draws all the various Libyan players together on an inclusive basis,” the French foreign ministry said. “The challenge is to create a state which is capable of addressing the Libyans’ basic needs and equipped with a regular, unified army under the authority of civilian power.”

That goal is necessary to combat terrorism and trafficking, but also to establish a stable and functional Libyan government that has eluded its people since 2011. Sarraj, appearing in a televised national address on July 15, appealed for unity and reconciliation while presenting a roadmap leading to March 2018 elections.

France’s position follows a ministry statement in May that emphasized the need to include Haftar and the LNA in a new vision for Libyan security, and the intent to move its diplomacy efforts in that direction.

Italian Prime Minister Paolo Gentiloni, amid reports that Italy was frustrated by France’s role, told Italy’s ANSA news agency that he hopes the talks will be successful. In his remarks on Monday, Foreign Minister Angelino Alfano said his country is working closely with France and supports Libyan unity.