Home>News>Report details migrant abuse allegations near France's Calais
By AT editor - 26 July 2017 at 8:34 am 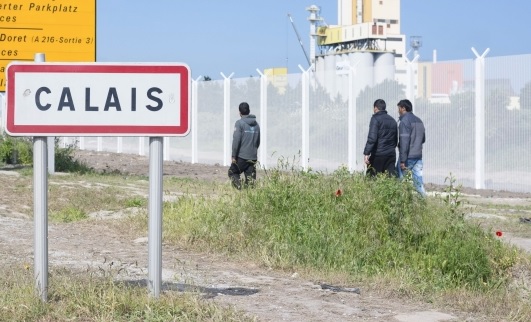 At least 400 migrants, many of them from Eritrea and Ethiopia, are still living on the streets or the wooded outskirts of the French city of Calais months after the sprawling migrant camp there was dismantled by French authorities. Some 200 of them are unaccompanied minors, while another 300 people are living to the east of there.

What they told Human Rights Watch investigators is that they are being routinely abused by French security forces in attempts to force them to leave. The interviews with more than 60 of the migrants informed a report released Tuesday night that calls on French authorities to stop violating the migrants’ safety and dignity, and to conform to international standards for police conduct.

The 40-page report, “‘Like Living in Hell’: Police Abuses Against Child and Adult Migrants in Calais,” says that French authorities are dismissing the widespread reports of abuse. It comes amid heightened anxiety on both sides of the English Channel following a new incident of a truck hijacking at Calais as migrants tried to reach Britain, and in the context of Europe’s lengthy policy debates on how to prevent illegal migration.

“It is reprehensible for police to use pepper spray on children and adults who are asleep or peacefully going about their day,” said Bénédicte Jeannerod, Human Rights Watch’s France director. “When police destroy or take migrants’ blankets, shoes, or food, they demean their profession as well as harm people whose rights they’ve sworn to uphold.”

A court found in March that the efforts of local authorities to bar distributions by aid groups amounted to inhuman and degrading treatment, HRW said. A  ruling issued on June 26 directed authorities to provide migrants with access to drinking water, toilets, and facilities for showering and washing clothes, with 10 days to comply.

Authorities appealed the ruling on July 6. The appeal is scheduled to be heard on July 28.