Home>African Future>SA, Brazil partner with EU on South-South Atlantic ecosystem research
By AT editor - 28 July 2017 at 7:33 am 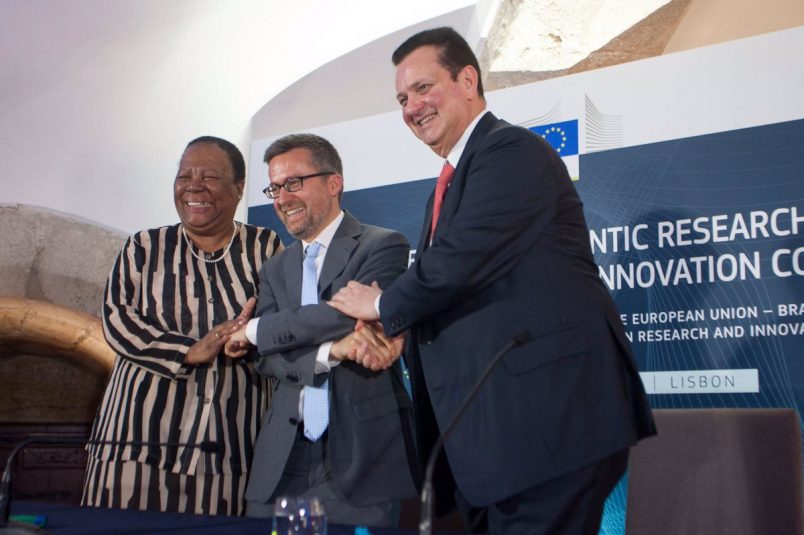 In the quest to better understand marine ecosystems and climate, South Africa and Brazil will partner with the European Union to study the Atlantic Ocean shared by their nations.

The South Atlantic Research and Innovation Flagship Initiative was launched in July at the Belém Tower in Lisbon. The program is designed to improve the scientific knowledge of the links between oceans and climate change, food and energy systems, as well as the dynamics of the Atlantic Ocean and its connected systems from Antarctica to the Arctic.

“The Belém agreement is science diplomacy in action,” said Carlos Moedas, Commissioner for Research, Science and Innovation for the EU, in a statement. “It moves our cooperation with Brazil and South Africa up a gear, enabling us to better coordinate our research agendas and to make best use of our research and innovation funding. We will be better prepared to exploit the value of the ‘blue economy’ of the Atlantic Ocean for our citizens.”

The EU and Brazil have worked on more than 350 projects in the 10 years that a science and technology agreement has been in force, and more than 600 in the 20 years it has had similar agreements with South Africa. The new initiative builds on those by developing the South-South Framework for Scientific and Technical Cooperation in the South and Tropical Atlantic and Southern Ocean.

The EU and international partners will meet at the “Our Ocean” conference on Malta in October to build on this commitment and others geared toward protecting the world’s oceans.