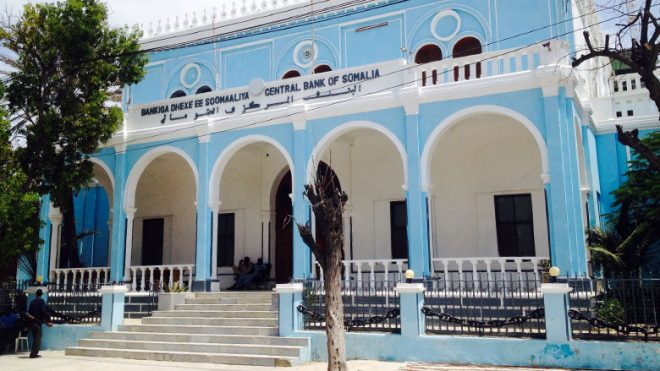 The Central Bank of Somalia (CBS) is moving forward with plans to introduce new banknotes meant to stabilize an economy dragged down by, among other things, the widespread use of counterfeit cash.

Bashir Isse Ali, head of the CBS, said at a Thursday press conference that plans for printing the new shilling notes are making progress. It’s the first time that Somalia has printed new currency since the nation’s collapse in 1991.

The Horn of Africa nation, where the estimates of counterfeit currency in circulation run as high as 98 percent, also will open up CBS branches to better facilitate the banknote introduction. Ali said the new notes, in a range of denominations, will incorporate new technology to defeat would-be counterfeiters.

The currency reform is part of Somalia’s overall strategy to rebuild its economy and financial institutions, with support from the International Monetary Fund (IMF). “The process is taking longer than initially envisaged mainly due to weak capacity and a lengthy electoral period which lasted from August 2016 to February 2017,” the IMF said in a July 11 report on CBS progress.

Somalia expects to establish its National Anti-Counterfeit Center by the end of September, according to documents sent to the IMF in June. All regulations covering the new notes will be in place by year’s end.

The Somalia roadmap approved in February includes a number of financial sector reforms as well. It calls for establishing more control over mobile payment operators, with compliance software and other tools to better regulate transactions including the remittances on which many Somalis rely. Those remittances accounted for USD$1.4 billion in 2016, or 23 percent of the country’s GDP, according to the government’s April 2017 report.

The Communication Act to license mobile network operators also is due before parliament in September.