Home>Commentary>When Buhari returns, it won't be to the same Nigeria he left in May
By Laureen Fagan - 2 August 2017 at 7:55 am 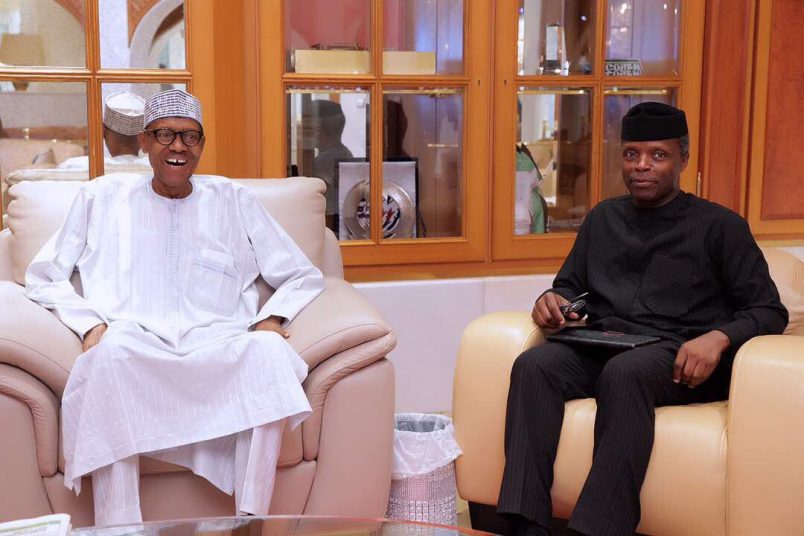 He’s been in London since May, and now amid much anticipation and even more speculation, President Muhammadu Buhari is expected to return to Nigeria – perhaps as early as Wednesday, many local media outlets are saying. Yet whenever he returns, what happens after that is likely to be more of a beginning than an end.

It’s the second time this year that Buhari’s health has kept him away from Abuja for an extended absence, but – as in the famous Heraclitus quote – no man ever steps in the same river twice. This time, the president is returning to a more uneasy and impatient Nigeria than the one he left three months ago, and the ailing Buhari’s flight home from London isn’t going to resolve concerns over his leadership and the nation’s overall stability.

Organizers have planned protests beginning on August 7 to press for his removal, joining the cacophony of calls from Nigerian politicians and citizens demanding he step down, and the civil lawsuits seeking to force it.

Acting president Yemi Osinbajo has filled Buhari’s role, this week announcing new federal agency appointments on Tuesday and then heading out to Kebbi State to celebrate the opening of a new rice mill. Osinbajo’s messages are consistent, always deferring to Buhari’s leadership and the goals of his administration, while cheerleading private investment and the Nigerian economy. He has his detractors, but on balance Osinbajo is viewed as doing a good job in Buhari’s absence.

He’s no doubt hitting the high notes of both Buhari and budget priorities, and establishing his own political credibility in the process. Yet no amount of glossing over Nigeria’s challenges is changing the economic realities for its citizens. The security environment, as illustrated by last week’s Boko Haram attack on a Nigerian National Petroleum Corporation team near Maiduguri, remains a threat not only to Nigerians but to Nigeria’s capacity to attract investment. And now Buhari will be coming home to a different Nigeria.

Being honest about Boko Haram

It’s not just that Nigerian patience has worn thin over Buhari’s undisclosed medical condition and its impact on his presidential responsibilities – which it has. What’s happened in his absence is a Nigerian economic recovery that is still far too slow to soften the poverty rate, and a new wave of security issues that give lie to any confident assertion that the battle against Boko Haram has been won.

Buhari made that claim in December 2015 when he said the Islamic militants were “done for” and no longer a fighting force. He said the same thing in December 2016, when announcing that the last Boko Haram stronghold in Sambisa Forest had fallen to Nigerian forces in a “final crushing” of the terrorists.

Much as Buhari wants that to be true, as does much of the world, it isn’t. Boko Haram released a new video to media outlets on Tuesday that purportedly showcases a thriving life in Sambisa, with books and bakeries and business as usual propaganda. “You can see that we are doing well and living fine,” says a man showing off the farm fields. “Look at our crops, they are growing well.”

That’s despite the fact that Nigerian forces conceded just last week that Boko Haram had returned to the forest – and that terrorist hideouts were bombed 108 times between April and July. Whatever progress has been made, it isn’t enough to move Nigeria past what is now eight years of dealing with the ongoing threat. That was made painfully evident by the July 25 attack on the NNPC oil exploration team, and the subsequent abduction of University of Maiduguri faculty and staff seen alive in a Boko Haram video.

Who’s at the helm for economic recovery?

Osinbajo has ordered Nigeria’s military chiefs back to Maiduguri to deal with the resurgence of Boko Haram, as Buhari did in 2015. Yet Osinbajo’s directive came just after he announced plans to rebuild a northeast that was “ravaged in recent years.”

When Buhari returns, he’s coming home to that paradox, and to a country tired of being told the Boko Haram nightmare is behind them. Borno State Governor Kashim Shettima has estimated that nearly 100,000 people have died since Boko Haram’s ascendancy, while another 1.9 million are internally displaced and some USD$9 billion in property is destroyed. And it’s not over.

It’s even more costly because – as Bloomberg notes – the NNPC ambush may threaten Buhari’s plans for recovery. It comes as oil prices and production, the latter also affected by violence and sabotage in the Niger River Delta, keep Nigeria’s oil-dependent economy damaged. Last year was Nigeria’s first full-year recession in 25 years, the World Bank noted in May, and recovery is expected to be modest even with the reforms in Nigeria’s Economic Recovery and Growth Plan (ERGP). An April International Monetary Fund report forecast 0.8 percent growth in 2017, with worries over militancy and the nation’s humanitarian crisis.

The outlook for next year is a little more optimistic, but investors are wary and Nigerians are weary.

So Buhari may be coming home, but it’s past time for him to be honest about what that means. Nigeria needs to know the truth about whether their president is well enough to serve at this pivotal time. His administration needs to make sure that messages about terrorism and conflict, in Borno and elsewhere, are as realistic as they are positive. And if Buhari is up to the task of leading Nigeria in the top priority of economic recovery, he needs to make that clear – or clear the way, for someone who’s fit for that fight.