Home>News>Appeals for calm as Mauritania edges toward referendum vote
By AT editor - 4 August 2017 at 4:57 am 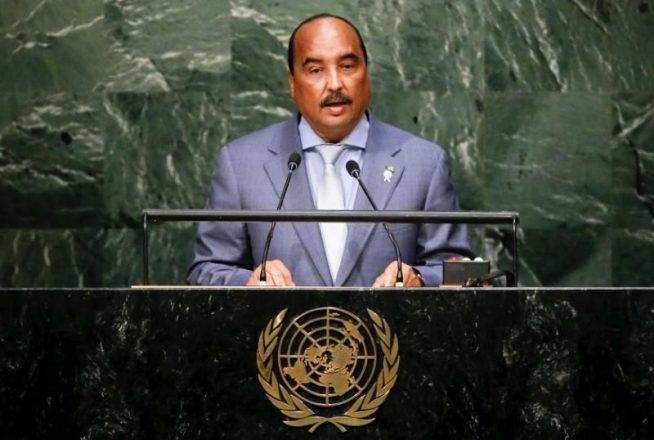 The growing unrest in Mauritania ahead of Saturday’s vote on a contentious referendum to change the country’s constitution is getting attention from the UN High Commissioner for Human Rights (OHCHR).

Ravina Shamdasani, a spokesman for the UN agency, urged the Mauritanian government to ensure that the rights of peaceful protesters and their freedom of expression is protected. That message comes after weeks of protests in the country as opposition politicians lead citizens in a boycott of the vote.

“These rights are particularly precious in a pre-electoral context,” she said, calling for calm on all sides and recalling Mauritania’s responsibility to ensure a fair and credible vote.

Mass protests in Nouakchott were again dispersed by security forces using teargas on Thursday, in the latest of clashes that have followed a process that began in March. That’s when President Mohamed Ould Abdel Aziz proposed that the country’s senate be replaced by regional legislators; Mauritanian senators shot down the attempt to dissolve their own body, leading a defiant Aziz to call for the national referendum instead.

A similar provision that would also abolish Mauritania’s highest court was originally included in the referendum for constitutional amendment. Although Aziz has not explicitly announced that he wants to run for a third term – he’s currently limited to two five-year terms ending in 2019 – the National Forum for Unity and Democracy (FNDU) opposition coalition warns that approval of the referendum paves the way for him to make that move.

Leaders advocating for the boycott have been denied media access, as has the only opposition party campaigning for a “no” vote. They also report being harassed and intimidated, prompting security experts to warn of the potential for escalating violence.