Home>News>Report: Congolese army implicated in ethnic violence in Kasais
By AT editor - 6 August 2017 at 5:44 am 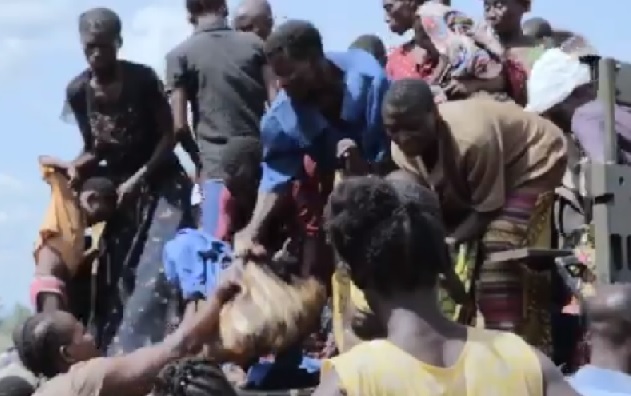 Government forces in the DR Congo have been implicated in waves of increasing ethnic violence in the Kasai provinces, according to a United Nations investigation report released Friday.

The report, based on interviews with Congolese seeking refuge in neighboring Angola, details their horrific accounts of targeted killings and mutilation of civilians, with dozens of victims younger than eight years old.

“In many of the incidents reported to the team, FARDC soldiers were seen leading groups of Bana Mura militia during attacks on villages,” the Office of the High Commissioner for Human Rights report said.

The fighting began in August 2016 between the Kamuina Nsapu militia and the government. The UN team found that the Bana Mura, another militia formed along ethnic lines this spring, was allegedly armed by local traditional leaders and security officials, including support from the Congolese army and the police. They have targeted communities accused of backing the Kamuina Nsapu.

The UN Mission in the DRC has identified at least 80 mass graves in the Kasais, and the information in the report points to abuses that may be considered criminal under international law.

“Survivors have spoken of hearing the screams of people being burned alive, of seeing loved ones chased and cut down, of themselves fleeing in terror. Such bloodletting is all the more horrifying because we found indications that people are increasingly being targeted because of their ethnic group,” said UN High Commissioner for Human Rights Zeid Ra’ad Al Hussein.

“I call on the Government to take all necessary measures to fulfill its primary obligation to protect people from all ethnic backgrounds in the greater Kasai area,” he added. The report underscores the need for the team of international experts on the situation in the Kasais to be granted safe and unrestricted access necessary to complete their work.